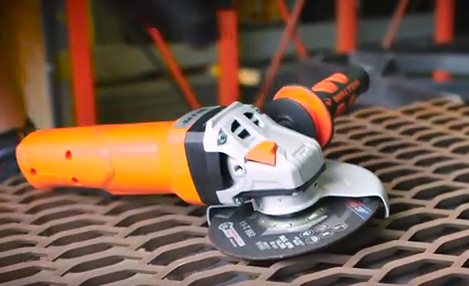 November 2, 2016 – Walter Surface Technologies has launched its next generation of corded grinders, featuring eight redesigned and one new power tool, the Pro 5.

According to the company, the redesigned grinders feature an ergonomic, anti-vibration side handle, a tool-free guard, and a safety clutch that neutralizes momentum and eliminates backlash.

The new grinders include:

• Small angle grinders: Mini-Grinder and the Super 5, which are AC/DC compatible and come with the Quick-R release system. The Mini-Plus includes the Powerguard overload protection, Dynamax RPM monitoring, Variable Dialspeed and more. It is specifically designed for the person working on various applications throughout the facility.

• Maximum productivity grinders: Big 6 and the Pro 5 were built to withstand constant heavy-duty applications and for long periods of use, according to Walter Surface Technologies. Both include Powerguard, Dynamax and the new Stabilizer features.

• Maximum safety grinders: Mini PS, Super 5-PS and Big 6-PS all feature a double action, non-locking paddle-switch, which ensures that the grinder will stop when the switch is released. The Super 5-PS has been upgraded with safety features such as the Powerguard overheat protection, Dynamax, Soft Start (to prevent unsafe start-up kick), and Safety Restart to ensure that the grinder will not turn on accidentally if plugged in while turned on. The Big 6-PS includes all of these safety features, but with an exclusive mechanical brake system that allows it to stop within two seconds of the trigger being released.