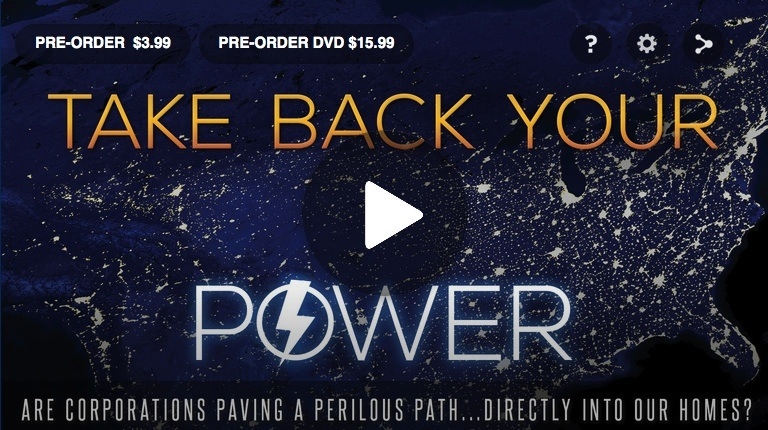 August 13, 2013 – “Take Back Your Power”—a documentary investigation into the controversy over smart meters and the energy utility industry—announced the public pre-sale for its exclusive digital premiere September 5, 2013.

“We want to change how the energy corporations are working with their customers and instill a practice of transparency, accountability and fairness,” said Josh Del Sol, the film’s director and producer. “With the support of our crowd-funded backers, we’ve been able to amass a great collection of first-hand footage, never-before-seen interviews and eyewitness accounts of the problems that have turned so-called smart meters and the smart grid into a widespread controversy involving the energy utility industry and governments.”

Smart meters have been at the centre of an energy conspiracy, says the news release from Yekra (the company behind the doc’s digital release), alleging massive utility overcharges, invasive monitoring of every device in the home and serious, adverse health risks impacting millions of individuals worldwide.

“Take Back Your Power delivers an ominous, powerful message about the energy industry’s shift to closely watching how customers use energy in their home in an invasive, controversial manner,” said Lee Waterworth, president of Yekra. “We are thrilled to exclusively bring this influential documentary to the digital world.”