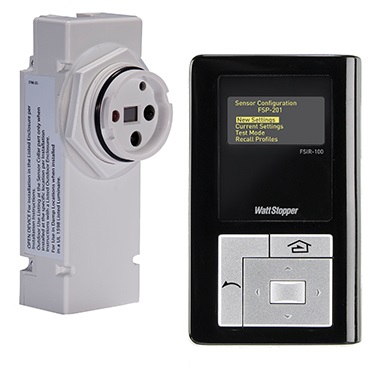 November 2, 2015 – WattStopper has announced a new product and new capabilities for its FSP-200 series sensors. Ideal for areas such as parking facilities, gas stations, pedestrian pathways, and warehouses, these sensors “maximize safety and security,” and simplify compliance with the latest ASHRAE 90.1 (2010) garage and outdoor lighting control requirements, the company claims.

Furthermore, WattStopper has also announced the addition of a new dusk-to-dawn control option to the original FSP-211 feature set, enabling sequences of operation based on either motion or daylight, or any combination of the two. For example, sensors can force the load on at a selected light level even if the space is unoccupied, and off at another light level although the space is occupied.