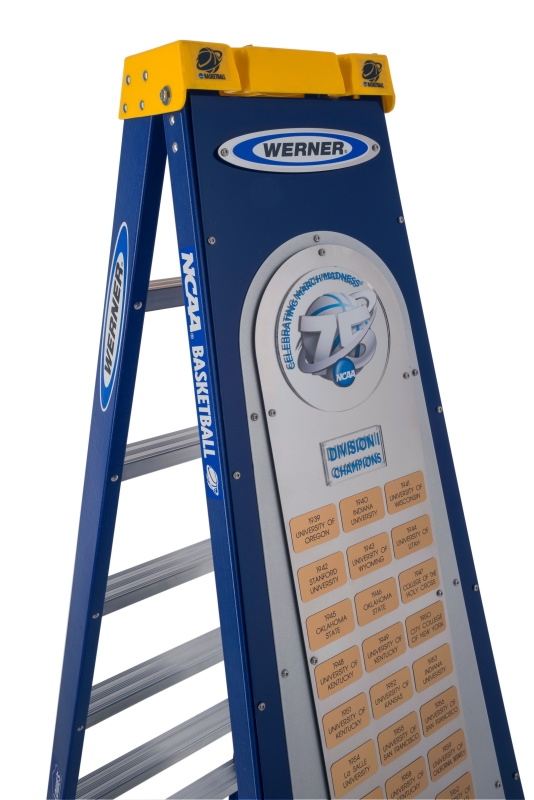 April 2, 2013 – Werner has created an exclusive 75th celebration ladder that will be featured during the net-cutting ceremony of the NCAA men’s national championship game, being hosted in Atlanta, Ga., on April 8.

As the official ladder of the NCAA Basketball Championship, Werner supplies the custom 9-ft. ladder that is an integral part of the winning moment when the champion cuts down the net during post-game ceremonies. Werner says it is the only ladder company to be an official part of the net-cutting.

“We are proud to be an authentic part of the Final Four experience, and created the 75th celebration ladder to honor the school that wins the national championship and to celebrate the rich history of March Madness,” said Chris Filardi, vice-president of marketing at Werner Co. “The net-cutting ceremony is a rewarding tradition for the winning team, and we are thrilled the ladder will be a part of this unforgettable moment.”

The unique ladder includes plaques that highlight each year and the schools that won the tournament, dating back to the University of Oregon in 1939.