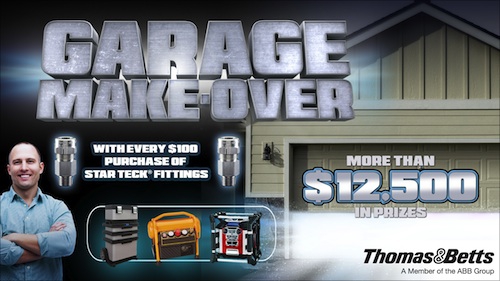 With every $100 purchase of Star Teck fittings, electrical contractors had the opportunity to enter a draw to win one of four prizes including the garage make-over grand prize.

The winning names that were randomly drawn from close to 35,000 entries are:

Thomas & Betts says plans for Doppenberg’s garage transformation are already underway. Stay tuned for the before and after video later this summer.