Articles Features Safety
What is energized electrical work? Are you confused? 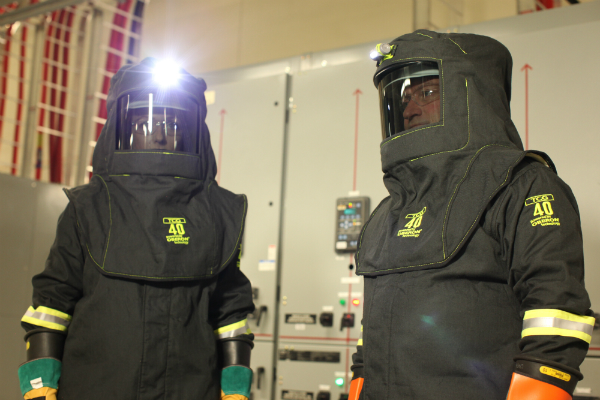 In Canada, historically, the electric shock hazard has been identified but not managed effectively. Electrical shocks have been occurring, not reported by workers, and risk controls methods have not been effectively implemented to eliminate exposure or reduce risk of exposure to as low as reasonably practicable.

The electric shock hazard has historically been identified against working with exposed conductors or circuit parts and inadvertent movement, working in proximity to overhead power lines, buried cables and the use of portable cord-and-plug-connected electrical equipment and extension cords. From 1942 to 1960, electricians were unfortunately trained to use their bodies to check for absence of voltage.

The game changer was the CSA Z462 Workplace Electrical Safety Standard, first published in January 2009, and currently published in its 4th Edition, January 2018.

What was not occurring historically was identifying when an arcing fault would occur that would lead to creating an arc flash. One would speculate that abnormal arcing faults and arc flash incidents were not occurring at a frequency that caused industry to proactively address it. Any low-voltage (e.g. 120/240VAC single phase) occurrences were not reported by electricians.

Arc flash and shock PPE, tools and equipment have been procured and provided, but not to all qualified electrical workers in every trade.

The increased awareness that the CSA Z462 Standard has placed on electrical hazards since 2009 has made a significant difference in the workplace. Unfortunately, the focus since 2009 has shifted to only considering “arc flash” and limited attention on the electric shock hazard. CSA Z462 addresses both electrical hazards, and they both need to be managed by employers.

Over the years, the arc flash hazard has taken on an identity of its own based on misinformation and myths propagated from information included in arc flash hazard incident energy analysis reports (40 cal/cm2 myth and arc blast pressure, HRC #s used in results tables, etc.), “arc flash awareness” or “arc flash training” that was fear-based and not compliant and instructors that could not substantiate the information and told too many stories and jokes. Videos on the internet have also created confusion and a belief that an arc flash is a common occurrence.

Arc flash suits were called “bomb suits” and induced fear. In some cases, an arc flash hazard incident energy analysis was completed, arc flash & shock equipment labels installed, but no arc flash PPE was available for QEWs to wear. Arc flash PPE and shock PPE has not been maintained or dielectric testing maintained for rubber insulating gloves or hot sticks at the required frequency.

Most employers have not documented policies and practice requirements (e.g. justification for energized work, risk assessment procedure, documented job safety planning, etc.) in an implemented Electrical Safety Program and if they have, they may not be compliant programs.

All of this has led to a variety of myths and misinformation across Canada in all industry sectors. Some of this has been communicated by the Jurisdiction Having Authority for the CE Code Part I:

Lack of documented policies, practices and procedures, specifically included in a compliant Electrical Safety Program leads to an exasperation of the misinformation, misunderstanding and myths that exist in the industry.

After attending “arc flash awareness” or “arc flash training,” the worker returns to the workplace and doesn’t implement any of the training requirements because there is no documented policy or practice requiring them to.

What is Energized Electrical Work?

Occupational health & safety regulations require the employer to identify workplace hazards. If the hazard exposure to workers cannot be eliminated, the employer has to consider substitution, safety by design, warning signs/barricading, administrative controls and personal protective equipment to reduce risk (in the order listed).

The first step is to ensure that the hazards are identified correctly against work tasks workers may perform. This is where we need to start with respect to understanding what energized electrical work tasks actually expose a worker to shock and/or arc flash.

The key is clearly understanding the work task description and if electrical hazards are likely to exist and be an exposure to workers. CSA Z462-2018 Table 2 Estimate of the likelihood of occurrence of an arc flash incident for ac and dc systems provides a discrete list of 31 work tasks and based on condition of maintenance, indicates the likelihood of occurrence of an arcing fault and arc flash. However, Table 2 is risk-based and interpretation is required. Operating energized circuit breakers and disconnect switches is included and under normal operating conditions, there is no likelihood of an arcing fault occurring and no arc flash or shock PPE is required to be worn.

In November 2018, the new IEEE 1584 Guide for Performing Arc-Flash Hazard Calculations published with significant changes to the formulas and the input parameters in order to complete the calculations. This may lead to additional misunderstanding and misinformation if the P.Eng. Electrical Engineer is ultra conservative and not reasonable in their interpretation of the parameters required to complete the incident energy and arc flash boundary calculations. It is recommended that a focused Management of Change process be undertaken by the employer and that they ensure they understand and control the assumptions utilized in the calculations. If a horizontal conductor box (HCB) electrode configuration is wrongly assumed, incident energy can go up 200% from previous calculations.

If the myths and misinformation listed above are not rationalized, workers may refuse to work energized or industries may shutdown their facilities when not required, negatively impacting operations.

Across Canada, significant improvements have occurred with respect to the identification of electrical hazards, the drive to eliminate exposure, if possible, and when energized electrical work tasks are required, implementing risk control methods to reduce risk.

As industry has moved through this evolution, the created misinformation, myths and confusion must be rationalized. The correct interpretation and use of the CSA Z462 Workplace Electrical Safety Standard and the required risk assessment procedure can be used as a valuable tool to stop misinformation and myths from continuing to propagate.

The use of an Electrical Safety Program is also a powerful tool to ensure workers receive clarity and direction and as defendable due diligence to OH&S regulations.

QEWs need to complete energized electrical work tasks when the risk is as low as reasonably practicable to the benefit of industry and all Canadians.