News Personalities
Who is the 2014 ‘Chili Master’ of Cambridge & North Dumfries Hydro? 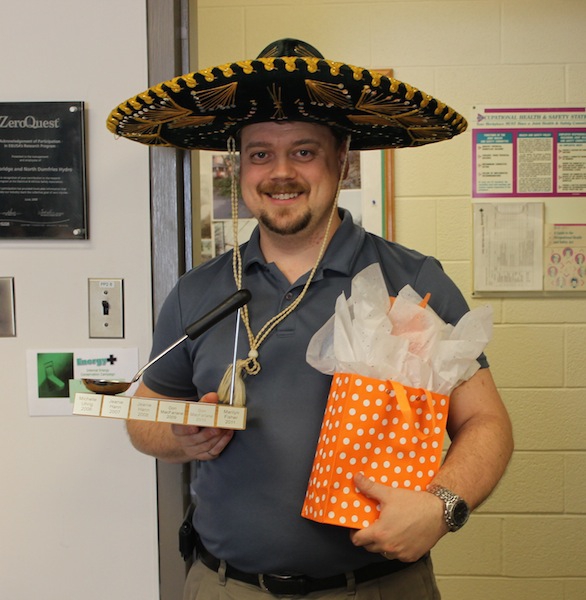 (Updated February 27, 2014, with additional photos and info) February 26, 2014 – For the eighth year, Cambridge & North Dumfries Hydro (CND) employee ‘chefs’ held their Chili Cook-Off to raise funds for the United Way, and to see who would walk away with the coveted title of ‘Chili Master’ after the friendly head-to-head competition.

“Our team really looks forward to the Chili Cook-off each every year,” said Ian Miles, CND president & CEO. “It’s a great example of how our team pulls together to volunteer their time and support our local communities.”

For the Chili Cook-Off, 10 hydro employees hit their kitchens to cook up a pot of homemade chili with their own secret, signature ingredients. All CND employees were then invited to pay to taste their colleagues’ creations, after which they submitted their votes for the People’s Choice Award.

The three ‘celebrity’ judges—Greg Durocher, president & CEO of the Cambridge Chamber of Commerce; Charles Cipolla, chair of the CND board of directors; and Frank Curnew of the United Way—ultimately determined which employee was to be crowned Chili Master.