News
Who was the real winner at Bridgestone Arena’s NHL All-Star Game? 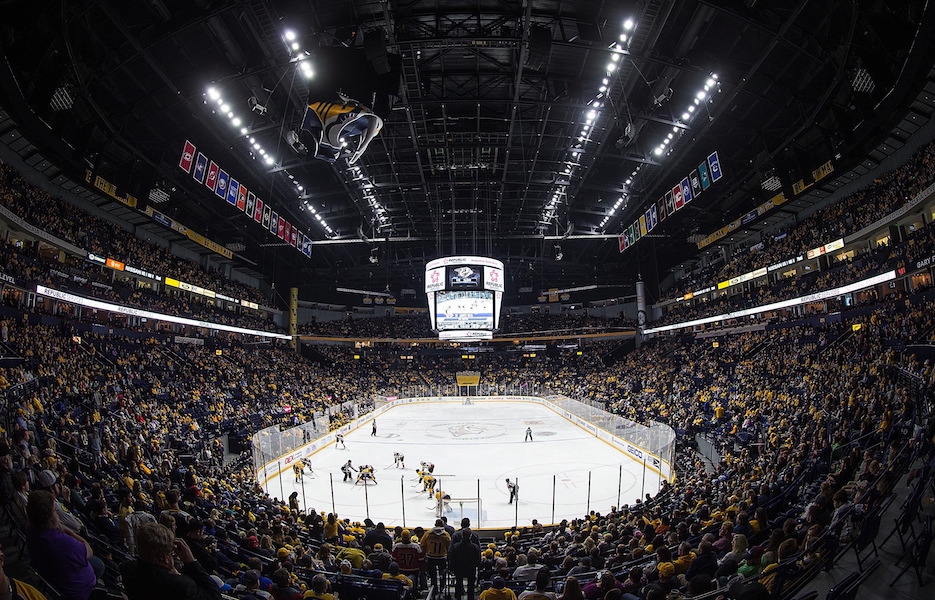 February 4, 2016 – While John Scott of the Montreal Canadiens was voted MVP following the 2016 NHL All-Star Game in Nashville, Tenn., perhaps the true winner is Bridgestone Arena itself, which is enjoying a new energy-efficient LED digital lighting system.

“The combination of improved lighting and fan entertainment elements—coupled with the environmental benefits and lower operating costs—made Eaton’s Ephesus LED system an easy choice to add to our upgrades at the Bridgestone Arena,” said Tim Friedenberger, VP  Facility Operations. “We are especially excited about showcasing the new system during the NHL All-Star Weekend, when the eyes of the hockey world are upon Nashville.”

“We offer specific benefits that are unique to hockey, including the ability to change the colour temperature of the light,” said Mike Lorenz, president, Eaton’s Ephesus Lighting business. “Also, because our lights emit no heat, there’s less strain on the HVAC system, which results in the best ice condition available.”

Besides the traditional benefits associated with LED lighting, Eaton says its versatility allows for the creation of programmable light shows for fan entertainment.

To learn more about the LED lighting system installed at Bridgestone Arena, check out the video.