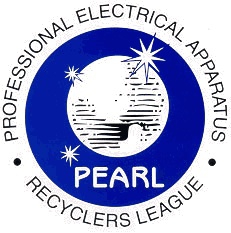 September 18, 2013 – The Professional Electrical Apparatus Recyclers League (PEARL) is celebrating today, as it has been approved by the American National Standards Institute (ANSI) as an Accredited Standards Developer.

“ANSI’s decision to accept PEARL’s application for Accredited Standards Developer status has been a goal of PEARL since the organization was founded in 1997 and began creating hundreds of technical reconditioning standards for the most common categories of electrical equipment used in industrial and commercial applications,” said Stephen Reames, PEARL president.

The league says its next steps will be to reach out to the entire electrical industry and find volunteers from every segment—from electrical consumer to manufacturer, retailer to field service organization, and other stakeholders—to assist with the review and improvement of existing reconditioning standards.

“While considerable work remains to gather industry-wide input, validation and acceptance of the electrical reconditioning standards, it makes sense to take a moment today and feel proud of the progress PEARL volunteers have achieved to help the electrical industry reach a new level of safety and sustainability,” said Reames.

PEARL executive director Mark Stone encourages anyone in the electrical industry with relevant expertise and interest in volunteering their time to help create an ANSI standard focused on electrical reconditioning to contact PEARL’s offices at pearl@pearl1.org or (877) 287-3275.