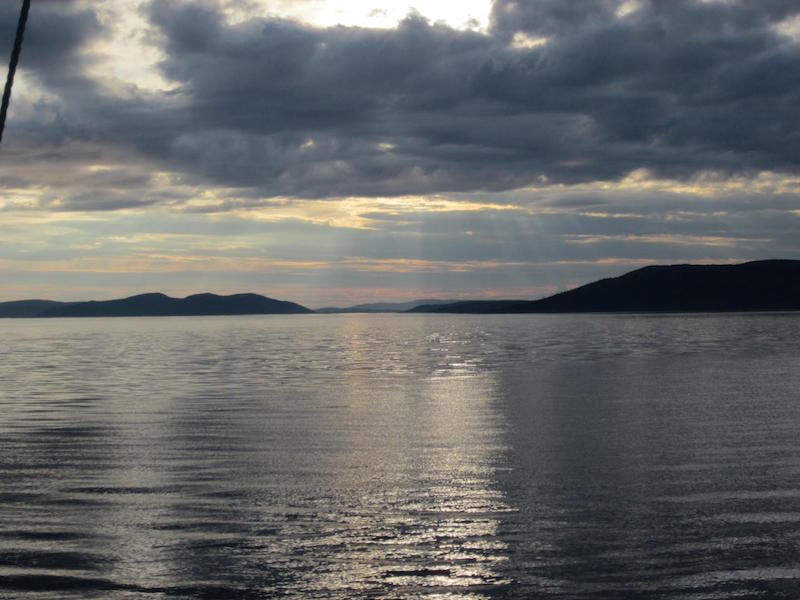 Published in Proceedings of the National Academy of Sciences, the research began as a review of the environmental impact assessment for the Muskrat Falls hydroelectric dam in Labrador which, in 2017, will flood a region upstream from an estuarine fjord called Lake Melville. The majority of the lake lies in Nunatsiavut, where the indigenous communities along Lake Melville rely on the lake as a source of food.

“Clean energy benefits the entire world but the costs of hydroelectric power are often assumed entirely by the Aboriginal communities who live next to these developments,” said Elsie Sunderland. “Our research highlights some of the costs to the community with the goal of helping them plan and adapt to the changes that are about to occur.”

When an impact report predicted no adverse downstream effects into Lake Melville from the flooding, the Nunatsiavut Government reached out to Sunderland, associate professor of environmental engineering at SEAS and environmental health at the Harvard Chan School.

Sunderland and her team—including lab manager Prentiss Balcom and post-doctoral fellow Amina Schartup—made their first trip to Lake Melville in 2012.

“We found more methylmercury in the water than our modelling could explain,” said Schartup. “All of the methylmercury from the rivers feeding into Lake Melville and from the sediment at the bottom of the lake couldn’t account for the levels in the water. There was something else going on here.”

The answer lay in the eating habits of plankton.

When fresh and salt water meet—in estuaries or when sea-ice melts in the ocean—salinity increases as water deepens. This stratification allows fluffy organic matter that typically sinks to the bottom to reach a neutral buoyancy—meaning it can’t float up or down in the water column. This layer, called marine snow, collects other small settling debris and concentrates it into a feeding zone for marine plankton. The bacteria stuck in this zone are performing a complex chemical process that turns naturally occurring mercury into deadly and readily accumulated methylmercury.

Attracted to this layer of marine snow, the zooplankton go on a feeding frenzy that can last several weeks. In this time, methylmercury produced by the bacteria accumulates in biota and magnifies as it works its way up the food chain.

“This system is incredibly efficient at accumulating methylmercury,” said Schartup.

This same system can be extrapolated to the Arctic, where freshwater from melting ice is mixing with salt water, Schartup said.

If this system is already a pro at magnifying methylmercury, what happens when methylmercury levels increase due to reservoir flooding upstream?

“We removed the litter layer and surface vegetation prior to saturating the cores, which is known to decrease methylmercury levels,” Sunderland said. “Without clearing that, the actual pulse of methlymercury to the Lake Melville ecosystem may be much greater.”

For communities who rely on the ecosystem for food, like those along Lake Melville, the downstream effects of flooding for hydroelectric development could be devastating.

“Scientists have a responsibility to understand and explain how environmental systems will react before they are modified,” Schartup said. “Because once the damage is done, you can’t take it back.”