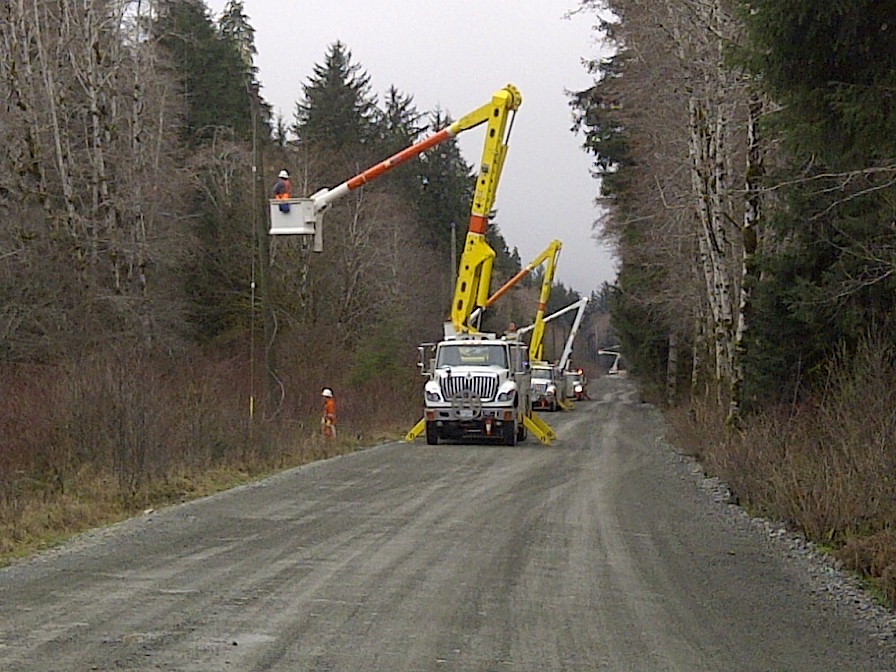 (UPDATED March 20 with photo) March 18, 2013 – BC Hydro crews were forced to de-energize the village of Ditidaht on Vancouver Island on March 15 after a substantial wire theft in the community made electrical distribution equipment unsafe for local residents.

BC Hydro received a call from a resident in the area about the safety of the nearby distribution equipment. After an investigation by crews, it was discovered that copper grounding wire had been stolen from about 300 utility poles along a remote 62-km section of line between China Creek and Ditidaht.

This is an example, says the utility, of how metal theft not only affects public safety, but can significantly impact the reliability of the electrical system.

BC Hydro is also working with the Port Alberni RCMP as it conducts an investigation into the theft. If you have any information about this crime, contact Crime Stoppers at (800) 222-TIPS.