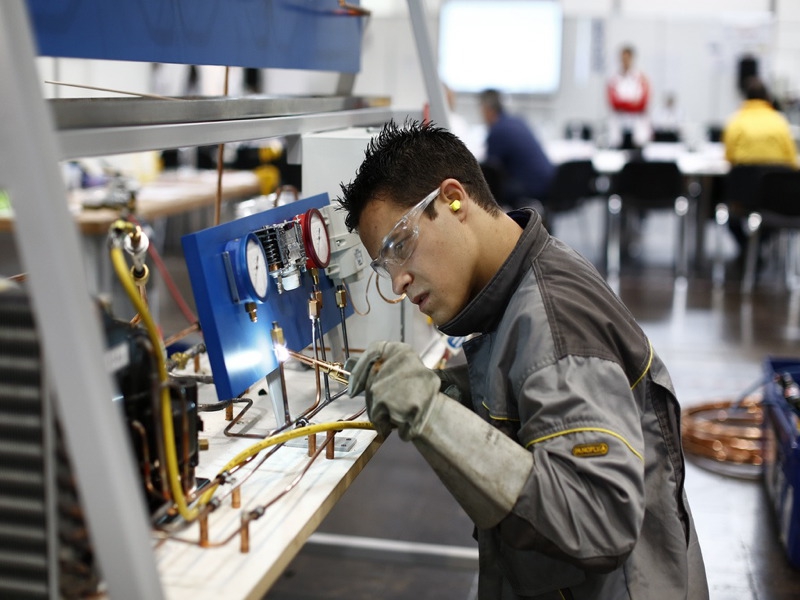 Students from over 60 countries and regions in the Americas, Europe, Asia, South Pacific and Africa will be gong head-to-head, simulating challenges of professions that must be met within international standards of quality. Some of the technical and professional skills being demonstrated include the electronics and electrical installations industries among many others from manufacturing to hairdressing.

Teams had to be signed up 12 months prior to the competition and all competitors must be 22 years-old or younger.

WorldSkills takes places every two years. In Leipzig, Germany in 2013 nearly 1000 participants from 53 countries and regions competed for medals in 46 “Skills.”

PHOTO: A student competes at WorldSkills in Germany in 2013. (Photo courtesy of WorldSkills.)