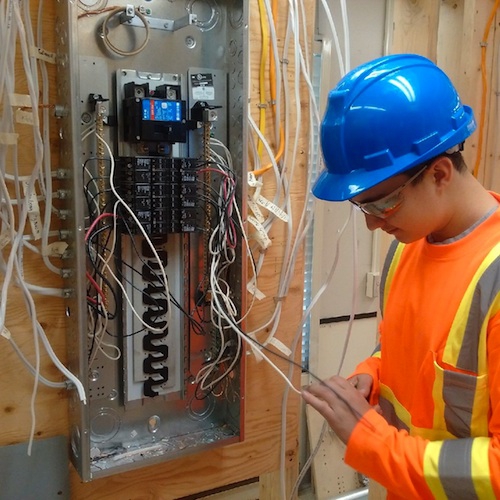 July 20, 2016 – Grade 11 students at the high school in Port Perry, Ont. were handed a dose of real-life scenarios from the world of electricians and powerline technicians earlier this year, thanks to a new Electrical Network program launched in February 2016.

About 17 students learned the basic ins and outs of wiring a home, measuring voltage and how powerlines work with the help of the mini replicas Hydro One provided.

School officials say they don’t know of any other high school in the province that offers this type of course.

Earlier this summer, the school gave a tour of its trades programs for the companies who helped get the Electrical Network course on its legs. Representatives from Hydro One, Eaton, Hubbell, Westburne, the Electrical Safety Authority and more attended. Other contributors included IPEX, Thomas & Betts and Hydel.

Saty tuned to an upcoming issue of EBMag for a full feature on the program.