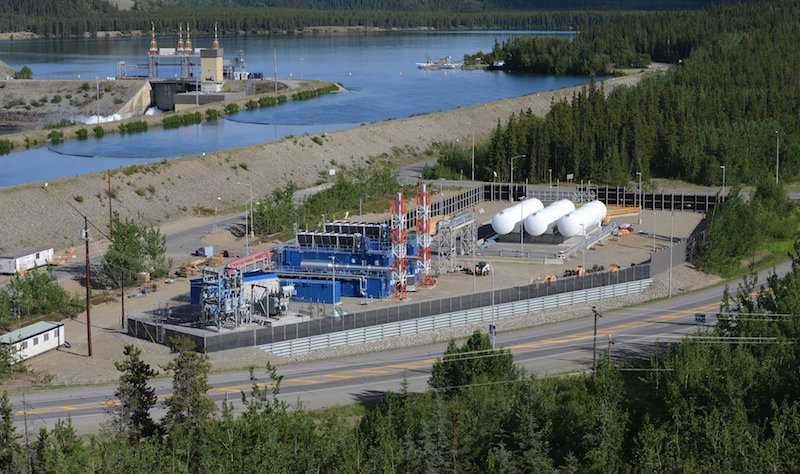 July 15, 2015 – Yukon Energy’s new natural gas facility is now operational, with the final regulatory approvals coming in about two weeks ago when the organization received two operating permits: Approval to Operate and an Energy Operating Certificate.

“We are pleased that the facility was successfully designed, constructed and commissioned,” said Yukon Energy president Andrew Hall. “Having this new plant operational means that we can provide safe, reliable back-up power to Yukoners that is less expensive and cleaner than diesel.”

The two natural gas generators replace two Whitehorse diesel units that have reached end of life. About $9-million worth of the contracts for the LNG initiative went to Yukon companies, says the utility.

“Yukon Energy will continue to generate the vast majority of our power from renewable sources,” Hall added. “Like our diesel units, the natural gas facility will only be used for emergency backup or for peaking power in the cold winter months.”

Last year, Yukon Energy says it produced 99.6% of its power from hydro and wind.

The company is planning a public tour of the new plant on the afternoon of July 23; Hall said this will give Yukoners “an opportunity to see the numerous safety features built into the system”.

“We would not have gone ahead with this project if we were not totally confident in the safety of LNG and of this facility.” Interested members of the public are asked to contact Yukon Energy to pre-register for the tour. Space is limited.