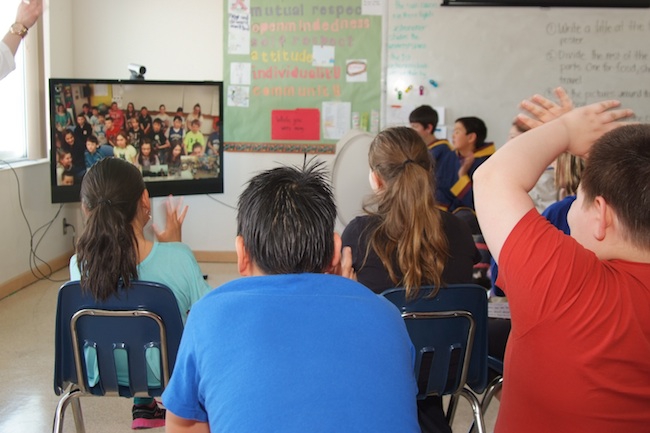 (UPDATED April 11, 2014, with VIDEO) April 8, 2014 – The Government of Nunavut and Cisco Canada have launched Connected North, a program delivering “immersive and interactive education and healthcare services” to remote and northern Aboriginal and Inuit communities through two-way video communication and collaboration technology.

“Rich and diverse educational programs are important investments to building a solid educational foundation for our current and future students,” said Paul Quassa, minister of education, Nunavut. “The physical geography of our communities is always a challenge and Connected North allows us to literally connect our classrooms with expertise in other jurisdictions.”

Students also connected with peers of the same age throughout Canada as part of the Classroom Connect component. In a study conducted by York University, initial findings noted 81% of students felt they learned more in the virtual sessions than traditional classroom learning.

“By leveraging our technology expertise and uniting key private and public sector partners, we are aiming to make Connected North a vital and productive component of northern communities that will bring new levels of opportunities to inhabitants,” said Nitin Kawale, Cisco Canada president.

VIDEO: At a press announcement in March 2014, Cisco Canada showed off its TelePresence video conference technology, one of the newest features at Earth Rangers, a children’s learning centre based in the Toronto, Ont., area.