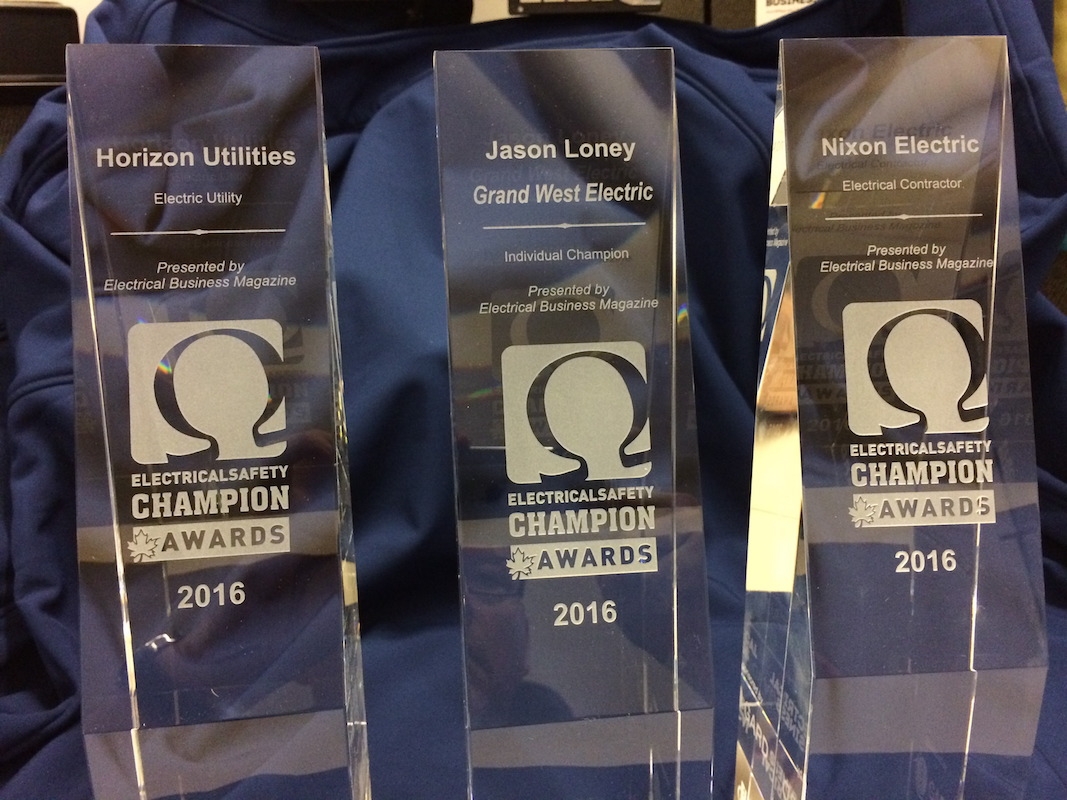 October 28, 2016* — Electrical Business Magazine congratulates the winners of its second annual Electrical Safety Champion Awards (ESCA) program, the first and only program of its kind to recognize companies and individuals who are passionate about promoting the health & safety of Canadian electrical workers. Kudos to 2016’s champions:

• Jason Loney, Site Supervisor and Safety Coordinator with Grand West Electric of Calgary, Alta., has been singled out as 2016’s Individual Champion for, among other things, devoting his personal time, care and passion into shaping a safety program that is utilized to its highest potential by everyone because it includes input from those who are expected to follow the program—his peers.

• Nixon Electric of Moosomin, Sask., nets top honours in the Electrical Contractor category for its commitment to educating and training employees through regular safety meetings, and its reward program for safe employees..

“As with the nominations we received for the inaugural launch in 2015, the nominees for this year’s ESCA instalment continue to amaze us with their passion for electrical safety—and safety overall—in the workplace,” said Anthony Capkun, EBMag’s editor. “They serve as great examples to us all.”

And a big Thank You to our sponsor, I-Gard (i-gard.com)—experts in the application of high- resistance grounding technology and arc flash hazard mitigation.

Whether it is print, web, video, eNews and more, Electrical Business Magazine (EBMag) is the #1 Canadian resource for electrical contractors, maintenance & engineering professionals, distributors, manufacturers and their agents, and associated stakeholders. Stay tuned to EBMag for an upcoming feature on our winners in the December 2016 edition, and be on the lookout for the 2016 Call for Nominations for an expanded awards program, set to launch in February 2017.