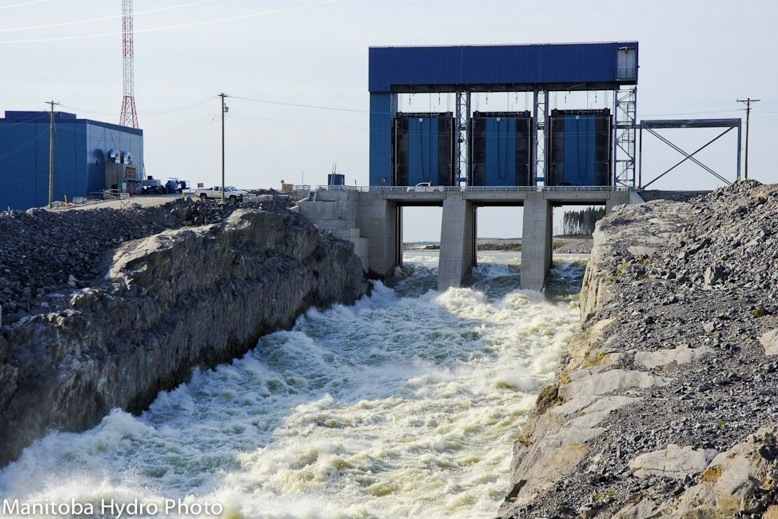 July 5, 2012 – A ceremony was held earlier today to announce the first of three generators going into operation at the 200MW Wuskwatim Generating Station, marking the start of power production at Manitoba’s newest hydroelectric facility.

Located on the Burntwood River in northern Manitoba, Wuskwatim is being developed by the Wuskwatim Power Ltd. Partnership (WPLP), a venture between the Nisichawayasihk Cree Nation (NCN) and Manitoba Hydro (the latter will operate the project on behalf of WPLP).

“Wuskwatim marks a new chapter in northern hydroelectric development for Manitoba,” said Premier Greg Selinger. “For the first time, Manitoba Hydro has fully partnered with a local First Nation impacted by hydro development, ensuring that community members had a say in the planning, design and construction of this facility. Wuskwatim has provided—and will continue to provide—years of income for the Nisichawayasihk Cree Nation, through training, employment and other economic development activities.”

Selinger, NCN Chief Jerry Primrose and Bill Fraser, chair of the Manitoba Hydro-Electric Board, were on hand at Wuskwatim to announce this milestone. Dave Chomiak, minister responsible for Manitoba Hydro, NCN members and hydro officials were also in attendance.

“This is an exciting time for our community,” added Primrose. “For the first time, our people will benefit in a more meaningful way from hydro development rather than just through compensation after the fact. We have been active in this project from the beginning, and to see it come to fruition is extremely rewarding.”

Wuskwatim’s final two generators are expected to go into service later this year, marking the completion of the station. Development of the $1.37-billion project began in August 2006 with the signing of the Wuskwatim Project Development Agreement (PDA) between Manitoba Hydro and NCN. The agreement provided the option for NCN to own up to one-third of the Wuskwatim Generating Station through its wholly owned corporation, Taskinigahp Power Corp.

While NCN has already confirmed that it will take a significant ownership position in the Wuskwatim project, the community has until July 2013 to decide whether it will exercise its option of acquiring the full 33% permitted under the PDA.