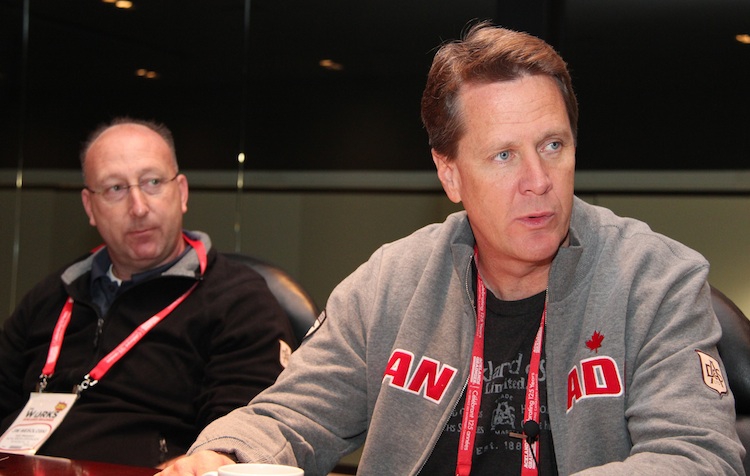 “But despite this, I think our greatest years are still ahead of us,” said Eric Nowlin, president of Acklands-Grainger, as he announced plans to open new facilities in Fort McMurray, Toronto and Edmonton over the next three years. In a media roundtable, he told EBMag the company is focusing on inventory management and has made “unprecedented investments” in eCommerce to help boost productivity and better serve customers in an increasingly digital world.

Below are photos from the media roundtable and tradeshow floor. (Photos A. Dalton)