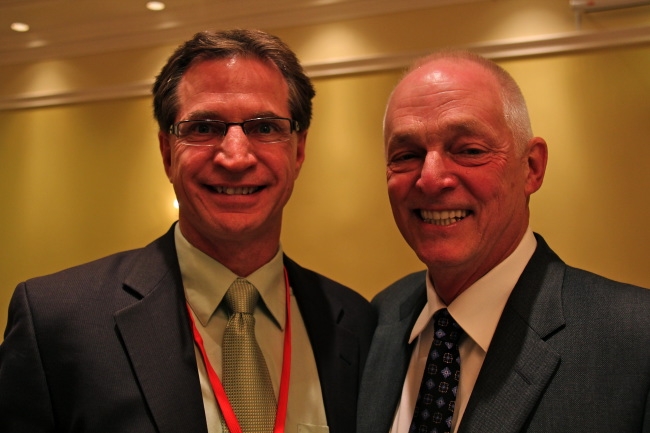 April 25, 2012 – EBMag was on hand April 19 when Electro-Federation Canada (EFC) presented its 2012 Industry Recognition Award (IRA) to Wayne Donaldson of Rexel Canada at EFC’s annual general meeting in Mississauga, Ont. Also announced that day were the new board of directors and Elaine Gerrie-Valentini, co-president & CEO of Gerrie Electric Wholesale Ltd., chair, for the 2012-2013 term.

The AGM was followed by a special Industry Retirement Roast for Donaldson in honour of his outstanding work with Hungry for Change – an ongoing campaign driven by volunteers from Canada’s electrical industry, raising funds to feed vulnerable children through the Canadian Feed The Children Charity, which includes children in Canada. He spearheaded the campaign, which is now just $45,000 short of raising $1 million – way to go! (Photos A. Dalton.)