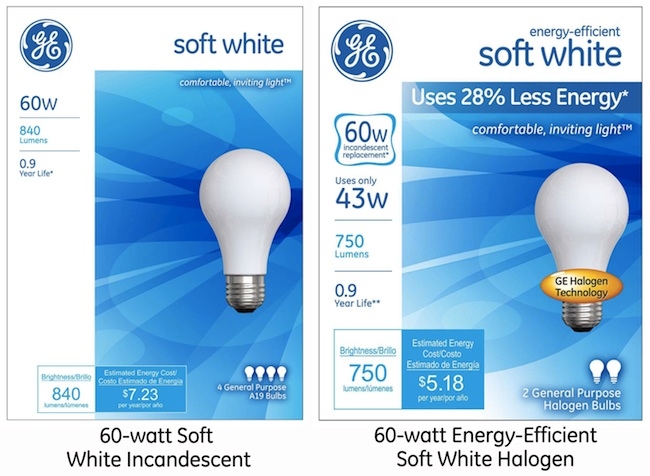 July 11, 2012 – GE is reintroducing its halogen bulbs under the Energy-Efficient Soft White name, claiming its title bulb saves as much as 28% in energy costs. According to GE Lighting, this namesake was intentionally chosen to convey the similarities between incandescent and halogen technologies, as GE’s incandescent bulbs have been previously marketed as “Soft White” bulbs. By adding the energy-efficiency phrase to the halogen version, GE says consumers will save more in efficiencies by switching from standard incandescents. The bulb is available in 29W-,43W-,53W- and 72W- varieties, aimed to replace 40W-, 60W-, 75W- and 100W- incandescent bulbs, respectively.