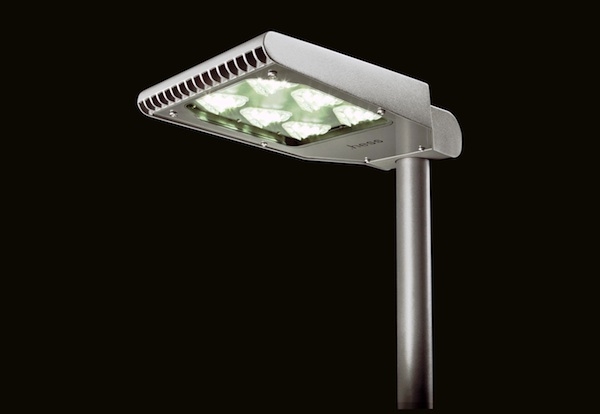 February 28, 2012 – Livorno, HessAmerica’s new, architectural LED pole-mounted luminaire, has been selected for inclusion into the Illuminating Engineering Society of North America (IESNA) 2011 annual Progress Report. The Livorno LED pole-mounted luminaires are available in two sizes– with pole heights scaled proportionately, the cast aluminum luminaire accommodates two Levo LED modules in its smaller model; and up to six modules in a larger size, for applications where higher mounting heights are recommended. According to the company, the luminaries are well suited for corporate campuses, colleges and universities, malls, parks and retail establishments, where contemporary architectural design, low energy consumption and long life, are sought.