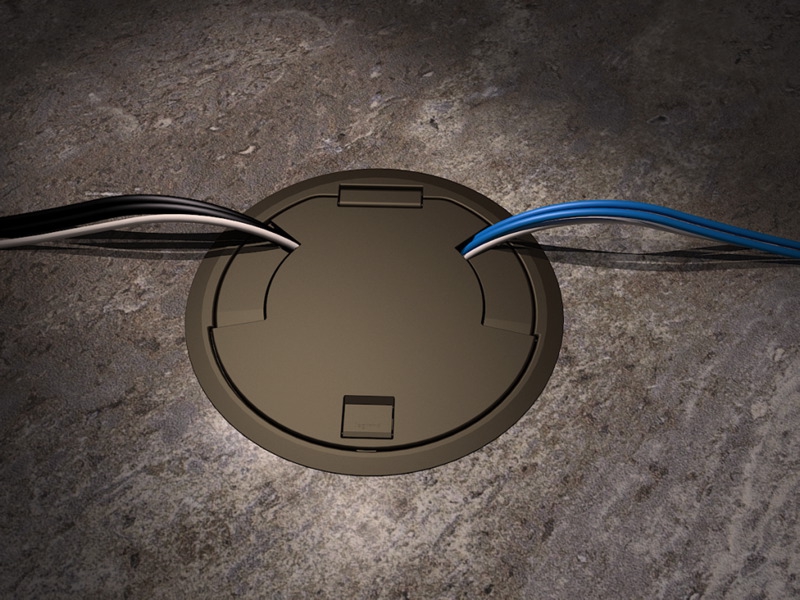 January 20, 2016 – The Evolution series 10-in. poke-thru device, new from Legrand, offers eight individual gangs of communication, audio video and power capacity, and eliminates the need for junction boxes, Legrand says. Users can mix and match devices, ports and receptacles, the company adds, to configure each of the eight gangs to suit their individual requirements.

For service additions and changes with the Evolution poke-thru device, users just have lift the unit out of its installed position in the floor, Legrand explains. Heavy-duty, die-cast aluminum covers are built to withstand up to 700 lb of pressure, according to Legrand, as well as heavy traffic encountered in open spaces. Covers are also manufactured with a self-aligning hinge assembly and swivels open a full 180 degrees, Legrand says.

Legrand claims it is the first manufacturer to offer wired connections inside a poke-thru device—meaning the junction box isn’t required.

The device is UL-listed and UL-fire classified for up to two hours in accordance with Canadian safety standards. Legrand says it also meets all scrub water requirements.