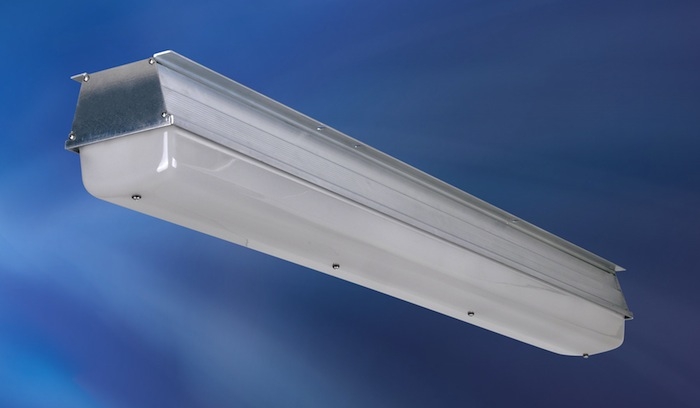 August 26, 2011 – Phoenix Products Company has released its RSL LED series, which it describes as a rough-service linear LED fixture. In addition to long life and low maintenance, the RSL is an instant-on, surface mounted fixture designed to replace linear fluorescent fixtures, it says. The fixture has a light output of 4600 lumens, and comes in three different configurations: a two-foot-one LED module (26W); a four-foot-two LED module (56W); and a four-foot-three LED module (84W). For greater heat dissipation from the LEDs, the fixture employs a thermal pad, aluminum housing, and aluminum heat sink, adds the company.