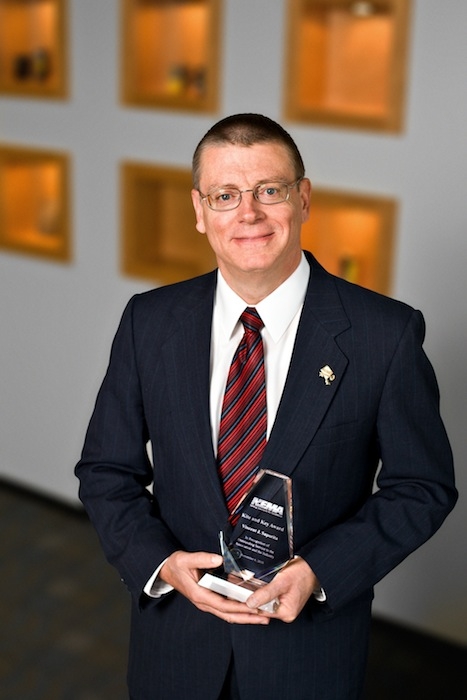 “The people of Cooper Bussmann are very proud of the recognition Vince has received,” said Ivo Jurek, president, Cooper Bussmann. “Vince and his team have worked many years to advance both electrical system protection and employee electrical safety through dedicated work with NEMA, IEEE, NFPA, and IAEI.”

The IEEE Fellow is the highest grade of IEEE membership, and is conferred by the organization’s board upon a person with an outstanding record of accomplishments in any of the IEEE fields of interest. Only 321 individuals of 385,000 members in 160 countries have been elevated to IEEE Fellow for 2011.

Saporita, a 36-year veteran of Cooper Bussmann, was also recognized with the NEMA Kite and Key Award, which recognizes individuals from NEMA member companies who have advanced the interest of the electroindustry through sustained involvement in NEMA activities.

Saporita serves as vice-chair of NEMA’s Codes and Standards Committee, as well as the chair of the NEMA-UL Technical Forum, Fuse Technical, and Fuse Ad-Hoc committees. He participates in the Industrial Control Section and Low-Voltage Distribution Equipment switch and panelboard sections. Saporita also acts as NEMA’s representative on NFPA 70E, the American standard for Electrical Safety in the Workplace.