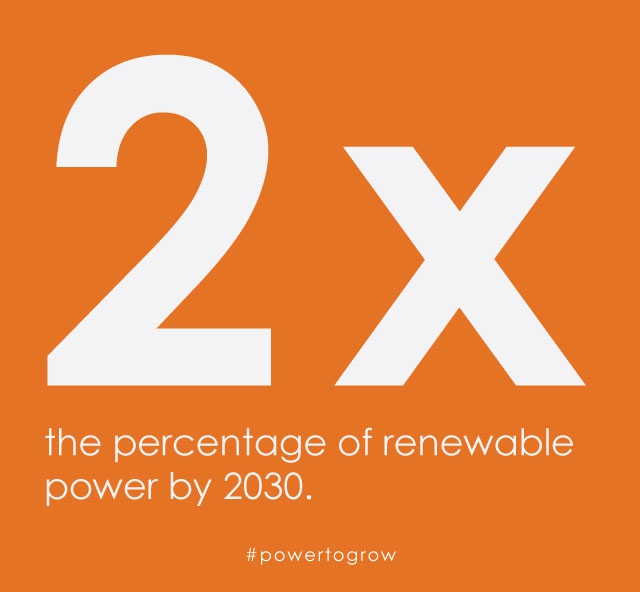 November 23, 2015 – The minister responsible for SaskPower, Bill Boyd, joined the utility’s president & CEO Mike Marsh to announce the corporation has set a target to double the percentage of renewable electricity generation capacity in Saskatchewan by 2030.

“An objective of 50% renewable power by 2030 is ambitious,” admitted Boyd, “but I’m confident SaskPower can meet the target by taking an ‘all of the above’ approach to planning.”

Boyd explained this means an expansion of wind power augmented by other renewables—such as solar, biomass, geothermal and hydro—to go along with the Boundary Dam 3 carbon capture project and more natural gas generation.

“The key here is that windpower has become much more economic over the years as the technology has developed,” noted Marsh. “We’ve been able to understand how wind operates on our grid so we can add it in a way that balances our priorities of maintaining a sustainable and diversified generation mix with the delivery of reliable and cost-effective power to our customers.”

SaskPower is planning to move forward with utility-scale solar power generation, with a competitive procurement beginning in 2016. In an effort to expand the number of customers generating solar power, the corporation is also reviewing its net metering program, which offers customers generating up to 100kW of renewable energy technology the opportunity to get credit for the unused portion of their excess electricity.

According to SaskPower, about 25% of Saskatchewan’s generation capacity currently comes from renewable sources: 20% from hydro and 5% (220MW) from wind. Three new windpower projects already approved or in development will add another 207MW of generation by 2020.