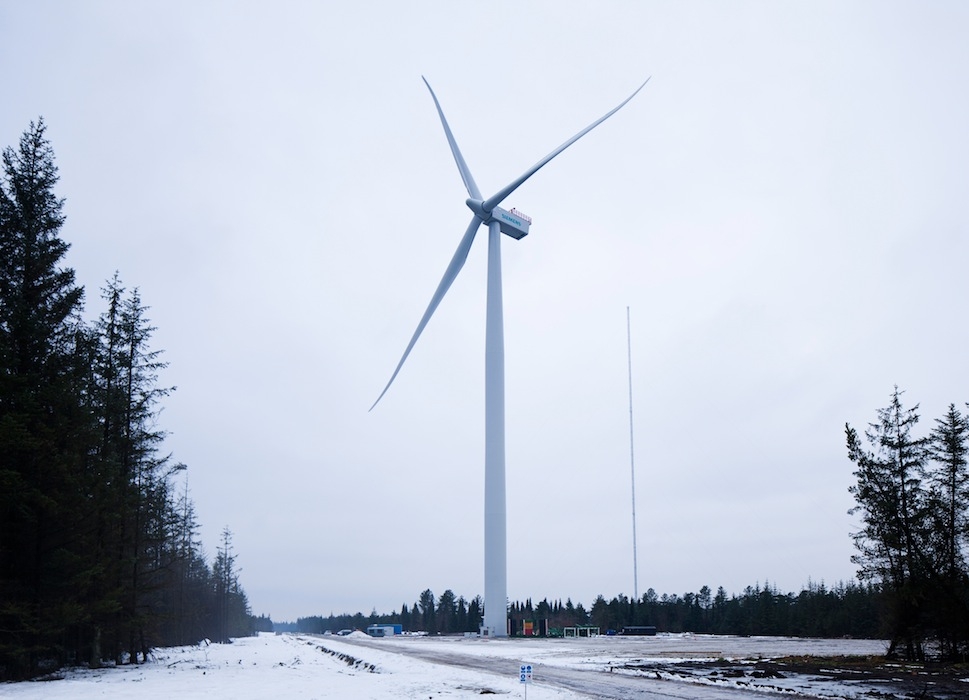 December 19, 2012 – Siemens Energy has installed the prototype of a 4MW wind turbine (designated SWT-4.0) in Osterild, Denmark. It is equipped with a 120-m rotor but will shortly be upgraded with a 130-m rotor using 63-m long blades. Following testing, the SWT-4.0-130 will be launched for sale with the larger-diameter rotor in Spring 2013.

“Thanks to a generator and rotor upgrade, the new 4MW allows our customers a faster return on investment than our proven 3.6 MW wind turbine. We expect this product to further strengthen our leading role on the global offshore wind markets,” said Henrik Stiesdal, CTO of the Wind Power Division.