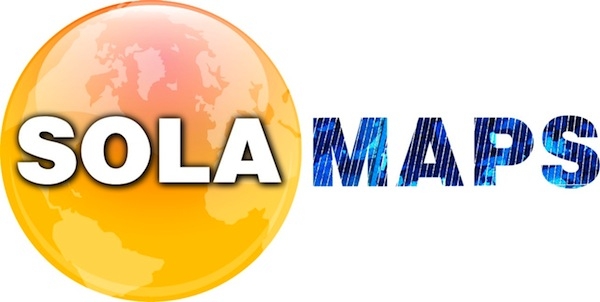 “SolaMaps is not only an opportunity for people with solar systems to connect with each other, but it celebrates the widespread use of solar power and shows how this clean energy source is increasingly becoming part of everyday our lives,” said SolaMaps developer Steve Ewings.

Alternate avatars differentiate those with solar panels and solar hot water systems, allowing members to communicate with each other through varying options, and see where solar power is working around the world.

Millions of homes in dozens of countries currently use solar power, yet most users are oblivious to each other and the network they could be connected to. SolaMaps provides the link to connect green-minded people employing solar power, wherever they are on the globe. The site designer hopes the shared knowledge and tips available on the site will add to their solar power experience.

“Recent analysis by the International Energy Agency found that solar electricity could represent 20% to 25% of global electricity production by 2050, and there is potential for home PV systems to produce a significant share of any country’s electricity,” continued Ewings.

While NASA and Google provide snapshots of the Earth brilliantly lit by the burning glow of consuming energy, SolaMaps will illuminate all the points of solar power production across the globe.