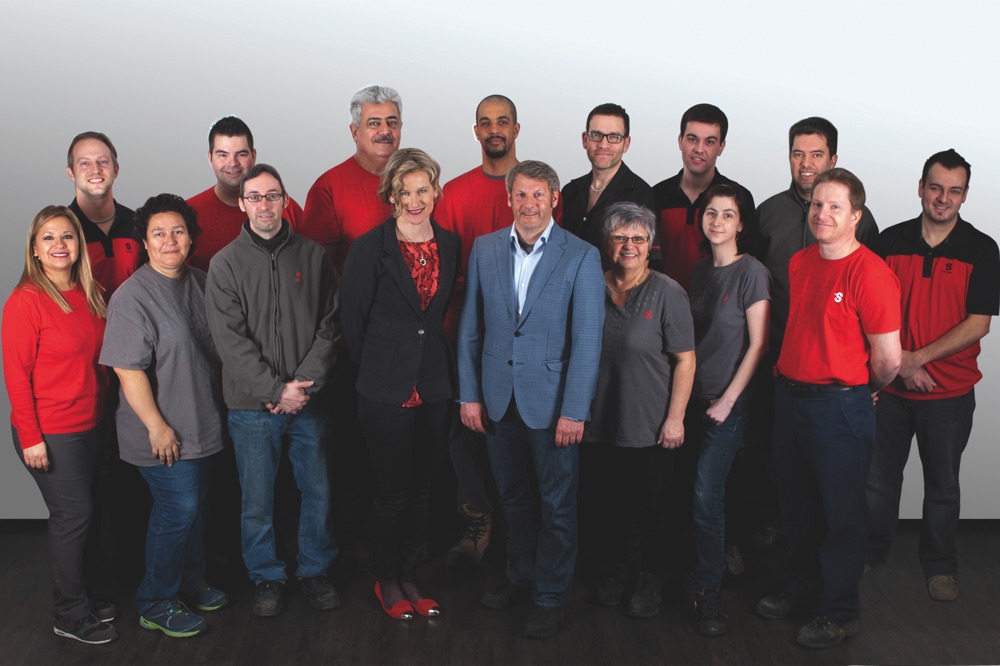 “We’ve had people send us their CVs because they saw us as one of Canada’s Best Managed. That was another surprise—a really nice surprise—that we didn’t really see coming. We get better (and more) candidates because of that.” Photo courtesy Stelpro Design Inc.

May 27, 2016 – When preparing its very first awards submission, Stelpro’s director of marketing, Richard Paquet, explains the company president took a little convincing to get on board. “[Yves Chabot] is not what you would call an awards-chaser.”

Best Managed companies embrace innovation, seize opportunities and inspire talent. EBMag reached out to all of the electrical industry players* who made the grade, hoping to learn a little more about what it is they are doing right, and why the distinction of being a Best Managed company matters to them and, truly, should matter to us all.

To read the full article with all the Best Managed electrical companies, check out the Spring 2016 edition of Distribution & Supply. Meantime, back to Stelpro Design Inc., a Requalified Best Managed company.

But after realizing what a good exercise the submission process presented, Richard says, “Yves went in, full steam ahead.” He asked all the directors to think about everything Stelpro did very well (and even the not-so-well things). Every director had to contribute to the proposal. “And that was a real eye-opener for a few people,” Richard says.

Today’s Stelpro traces its roots back to 1981 when businessman John Chabot founded Chalair Électrik inc. and, with the help of his brother Mike, sold heating products. Chalair acquired Stelpro Heating Inc. (an Ontario-based competitor) in 1994, giving the company a national presence.

Earlier this year, the Electro-Federation Canada member announced an investment of $750,000 to automate baseboard manufacturing at its Saint-Bruno-de-Montarville facility. “Our plant is operating at full capacity; we are manufacturing over 800,000 units annually in St-Bruno, and improving productivity is not just an option, it’s a must,” said Francois Séguin, VP of operations.

To expand its brand’s market penetration, Stelpro stepped up its advertising in the last few years.

“We’ve always [advertised] to the trade, but our consumer spend was almost non-existent,” notes Paquet. “So, in the last three years, we’ve had a campaign aimed at consumers to get the Stelpro name better known. We’ve also done surveys after each campaign to measure that effect, and we have some really good results.”

Continuous investment and improvement are just part of Stelpro’s strength; Richard also points to “hiring people in strategic positions, whether it be in R&D, marketing, sales…”. And speaking of hiring, Richard says the company has caught the attention of job-seekers based solely on being recognized as a Best Managed company.

“We’ve had people send us their CVs because they saw us as one of Canada’s Best Managed. That was another surprise—a really nice surprise—that we didn’t really see coming. We get better (and more) candidates because of that.”

1. Best Managed: One of the new winners selected each year.

3. Gold Standard winner. After three consecutive years of maintaining their Best Managed status, these winners have demonstrated their commitment to the program and successfully reapplied for the designation.

* For the purposes of D&S specifically, we only highlighted electrical manufacturers and distributors operating in Canada.