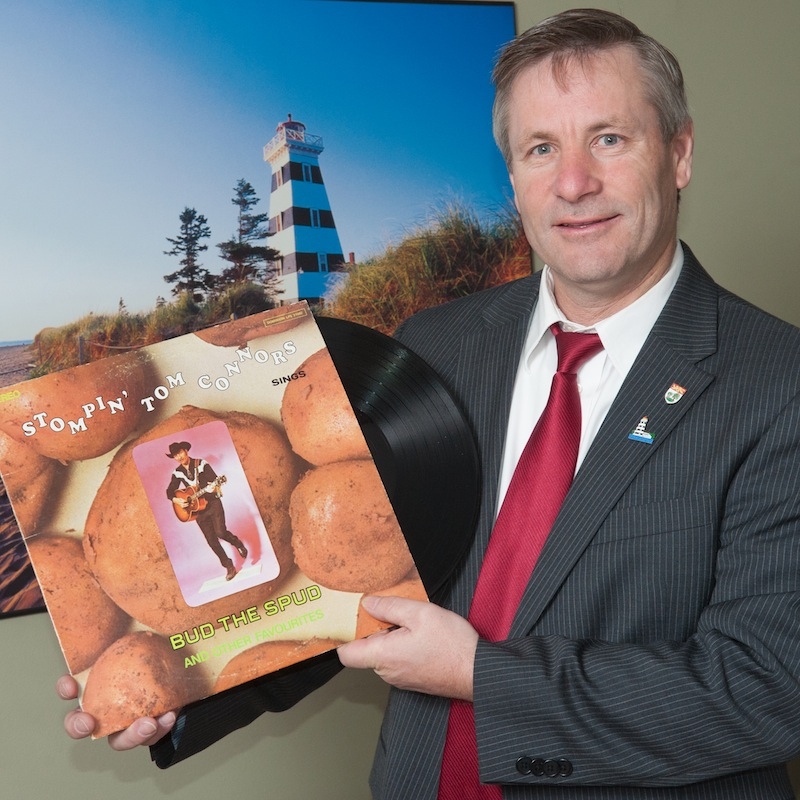 March 26, 2013 – The members of the Prince Edward Island’s legislative assembly will pay their final respects to Stompin’ Tom Connors and his family today, said Robert Henderson, minister of tourism and culture (photo).

“Through his music and the stories it contained, Stompin’ Tom has left an incredible legacy—not only in terms of his personal achievements, but also in terms of his contribution to the Canadian identity,” said Henderson. “He deserves to be recognized for all he’s done to shape Canadian culture.”

Connors spent several years growing up in Skinners Pond in West Prince. His fondness for the Island and its people was reflected in his music with songs like Bud the Spud. He also maintained contact with several families in the community, and owned land—including the one-room schoolhouse that was once a museum dedicated to his achievements.

“Over the coming months, I’ll be speaking with Islanders about how the province might help memorialize Stompin’ Tom and recognize his contributions,” said Minister Henderson. “His family and estate would have to be included in any and all discussions, but I think that memorial could take on any number of forms, and I look forward to hearing suggestions from Islanders.”

PHOTO: Robert Henderson shows off his copy of Bud the Spud and Other Favourites by Stompin’ Tom Connors. Members of the legislature paid tribute to Connors today at Province House. Photo by Brian Simpson, provincial photographer.