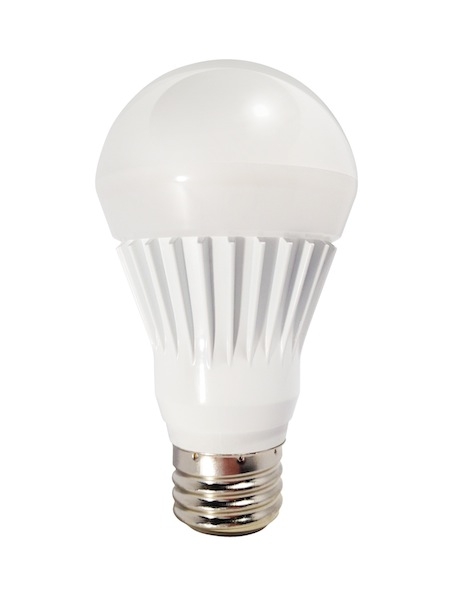 November 21, 2011 – Toshiba International Corporation has unveils its 40-watt equivalent A19 LED lamp which boasts a more traditional light bulb shape – a feature that research shows is important to lighting designers, specifiers and consumers, it says. The lamp is also dimmable and comes in 2700K and 4000K colour temperatures. According to the company, the bulb lasts up to 40 times longer than incandescent lamps and reduces energy use by more than 75 percent, while featuring a 450-lumen output.