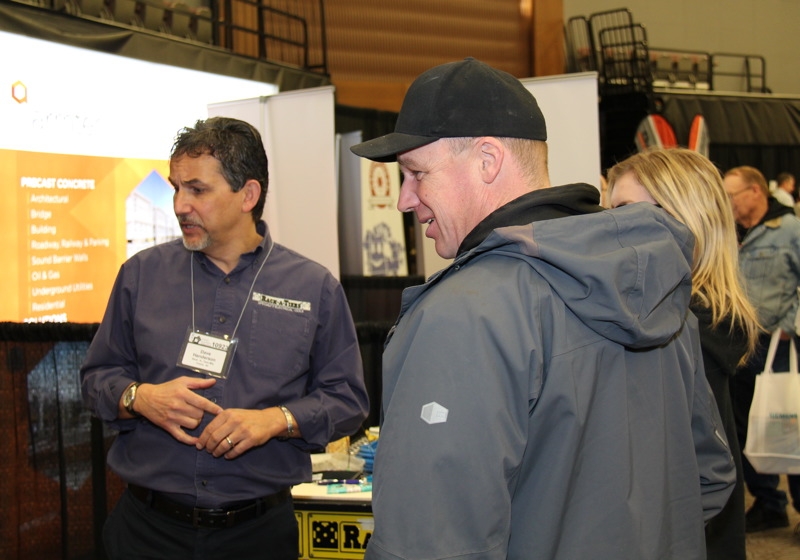 March 22, 2018 – Last week started off beautifully in Calgary, but then a freak snowstorm blew in on the day of Alberta Electrical Association’s (AEA) Learning Expo. Those of us exhibiting at the event (and, in my case, also covering) feared the worst: that people would simply not come. But we were pleasantly surprised.

Come they did, despite the constant snowfall, and everyone was happy with the turnout. And I think attendees, too, were happy they came. I could see them engaged in conversation with exhibitors, and many of them attended the various education sessions.

I split my time between the show floor and a few of the sessions. Despite any misconceptions you may have about Albertans being anti-renewables and wholly invested into oil & gas, the session on solar policy and Alberta’s solar market was well-attended.

The session was delivered by David Kelly, founder and CEO of SkyFire Energy, who is also a past-president of CanSIA (Canadian Solar Industries Association). Rather than repeating a “kumbaya” mantra about solar power, he got into details of the solar-related opportunities through Energy Efficiency Alberta, and pointed out that, just two years ago, there were only 30 solar companies in Alberta. Now, there are 250.

But don’t expect solar panel prices to change, Kelly added. “I think we’ve kind of bottomed out on module prices, unless some new technology comes along.”

Joern Diekmann of Phoenix Contact discussed surges: what they are, how they occur, etc. “When we’re talking about transients, we’re referring to a millionth-of-a-second pulses in the waveform,” he said, adding that surges can be caused by a switching action, motors, sparking on a commutator, and so on.

Diekmann also covered the “3 Ds” of damage stemming from transients:

Frank Mack, a master electrician and lineman of 40 years, reminded listeners during his session that every electrical system has to be maintained. “25% of our jobs is new construction, 75% is maintenance.”

Mack then went through a list of both common and uncommon errors he has seen that go against good wiring practices, such as poor grounding and bonding… even wire nuts. “People are using wire nuts wrong,” he said. “You don’t twist the wires together before adding the nut; it’s the nut’s job to do that.”

This gallery contains photos of some of the speakers, and shots from the expo floor. (Photos A. Capkun)

Special thanks to Tara T. (and you, Stan R.), who made my visit all the more enjoyable.

Stay tuned to EBMag for news of next year’s Learning Expo, being held in Lethbridge.

• See yourself in this gallery? Want a copy? Email acapkun@annexbusinessmedia.com or find me on LinkedIn •