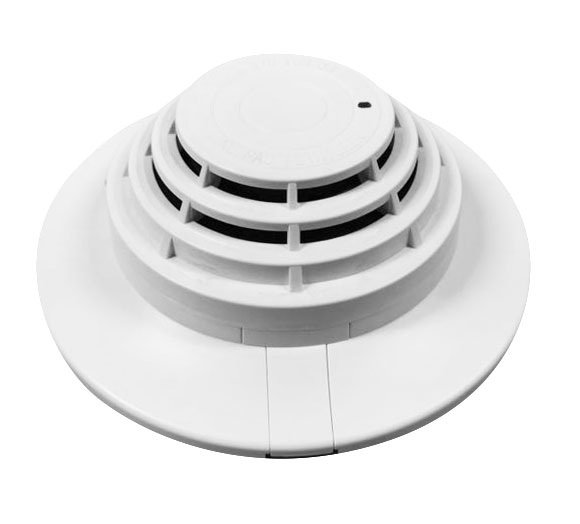 The evolution of smoke detectors in Canada has allowed electrical contractors to ensure a better level of reliability for their customers—and soon, a new Underwriters Laboratories (UL) standard will mean one less problem.

In the 1960s, after studies showed smoke detectors would respond to a house fire much faster than a thermal detector could, the first high-voltage (HV) ionization detectors were designed to detect smoke from combustibles, such as wood, paper and cloth.

Over subsequent years, several suppliers developed a multitude of ionization detectors. There were also photoelectric detectors, which enable the detection of visible smoke particles.

Some manufacturers even managed to produce multi-sensor detectors, which operated with a combination of ionization, photoelectric and thermal detection technologies.

Reliability problems relating to inappropriate detections and false alarms, however, soon eliminated ionization options from the market. Multi-sensor detectors rapidly shifted to a photoelectric/thermal model instead.

The need for an update

Even today, unfortunately, smoke detectors are a cause of problems for contractors and end users, including nuisance alarms.

This is not only a matter of fire detection technology itself, but also of changes in the construction industry. Research shows new building materials—including synthetic foams and plastics—often burn hotter and faster than those of the past. Further, the smoke characteristics of fast-moving fires are quite different from those of smouldering fires.

UL reports the colour, quantity and mean diameter of smoke produced by burning or smouldering foam and plastic all differ from the characteristics previously tested and covered by its standards. To address these issues, there is now a need for further improvement in smoke detection.

Specifically, the next generation of smoke detectors will be equipped with better sensor technology to meet the approval requirements of the seventh edition of UL 268, Smoke Detectors for Fire Alarm Systems.

UL announced an industry file review (IFR) in 2016 for all smoke alarms and detectors, addressing more than 350 technical changes for manufacturers to make to maintain their UL listing/certification. Now, manufacturers have until May 29, 2020, to meet the new requirements.

The safety certification company explains the revised requirements in UL 268 represent the most significant changes to the standard since it was first published in 1976. New fire and smoke tests have added, including flaming and smouldering polyurethane (PU) foam tests. A cooking nuisance test has also been added, since research shows the number one reason people disable their smoke alarms is nuisance alarms caused by their cooking.

As such, products developed to meet the new requirements will need to offer (a) increased sensitivity to meet the two new PU foam tests and (b) the ability to distinguish between smoke aerosols from fire sources and those from cooking sources (and, for that matter, shower steam). UL certified the first such multi-criteria smoke detector in September 2018.

After May 2020, UL will no longer issue listings for current smoke detectors that do not meet its new standard. Those already installed in existing systems will still be valid for providing protection within their 10-year lifespan, but when the time comes for a replacement, contractors will look for listed, labelled devices that are certified to meet the enhanced safety requirements. The enhanced UL label includes this statement: “Helps reduce cooking nuisance alarms.”

New detectors will be able to determine what type of smoke they are sensing, so as to better judge whether or not that smoke poses a threat. This will mean a big improvement for customers—and one less problem for contractors.

Mario St-Onge is a product manager for Maple Armor, a fire alarm system manufacturer based in Brossard, Que. He has more than 40 years’ experience in the industry. For more information, visit www.maplearmor.com.

Editor’s note: This article appeared in the October 2019 issue of Electrical Business magazine.