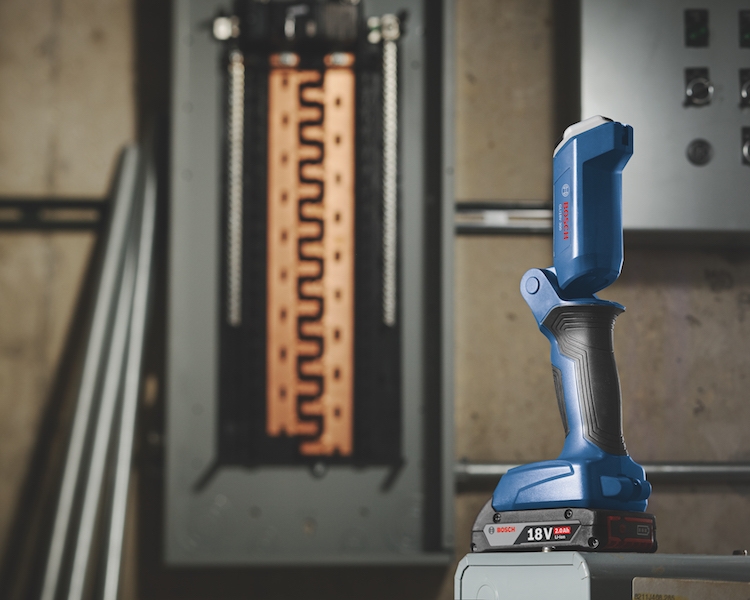 September 7, 2017 – Bosch has launched two cordless worklights that “can go virtually anywhere,” the company says. The GLI18V can provide up to 10 hours of illumination (using a 2.0 Ah Bosch SlimPack battery) and features articulating action, which allows the user to angle the light in several positions.

Compatible with all Bosch 18V Lithium-ion batteries, the light has six LEDs emitting 300 lumens, can fold for “carry-along convenience,” and weighs less than 0.69 lbs. (without the battery). An included hanger allows the light to be mounted or positioned overhead. Meanwhile, the GLI12V-300 offers up to six hours of runtime (using a 2.0 Ah battery), weighs 0.35 lbs. (without the battery) and also uses six LEDs, which emit 300 lumens. A hook is included for hanging, though the worklight is also six-sided for “flexible” positioning, Bosch says.