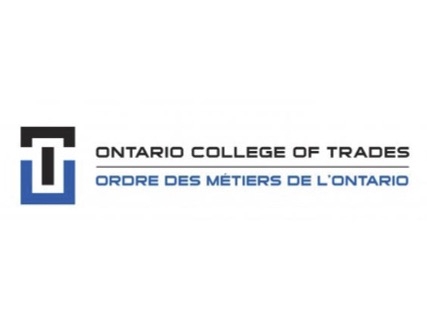 September 7, 2017 – Don Gosen, former president of Gosen Electric Ltd. (Waterloo), is the new chair of Ontario College of Trades’ board of governors, effective September 1, 2017, succeeding Pat Blackwood, whose term comes to a close.

Don operated Gosen Electric for 38 years after taking over from his father in 1977. He is a graduate of Conestoga College, a licensed Master Electrician, former president of the Ontario Electrical League, and past chair of both the Grand Valley Construction Association and the Council of Ontario Construction Associations. He currently works as an electrical instructor at Conestoga College.

As chair, Don will oversee board meetings and represent the college in various stakeholder engagements while providing leadership in the management and administration of the college’s regulatory and business operations.

Most recently, George worked at the Ministry of Labour as Ontario’s first chief prevention officer (CPO) and associate deputy minister. Before joining the ministry, he served as founding executive director of the Construction Sector Council (now called BuildForce Canada), and played a role in establishing the Canadian Apprenticeship Forum.