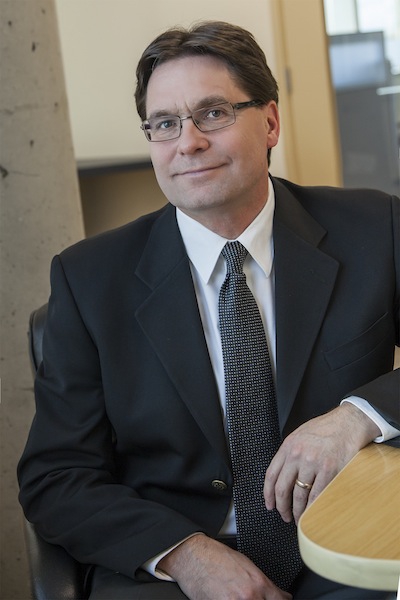 December 13, 2013 – “Anyone participating in wind in Canada is not just looking at Ontario,” answered Robert Hornung (photo), president of the Canadian Wind Energy Association (CanWEA), when asked whether the World Trade Organization’s ruling against Ontario would negatively impact the province’s green energy industry.

You may recall, the province’s domestic content requirements under its lucrative 2009 Feed-in Tariff (FIT) and microFIT programs for renewable energy procurement were seen as unfair by the likes of Japan and the European Union.

Hornung made the statement while delivering a market update on wind energy in Canada yesterday exclusively for accredited media, adding that “Domestic content requirements were a good incentive, but [wind power players] ultimately saw an opportunity in the [Canadian] market, as well as the ability to export out”.

He concedes there will now likely be more competition for established players, but that “it’s a positive thing”.

Hornung started his presentation by explaining 2013 has been a record year for wind power, with 20 projects totalling nearly 1600MW in new capacity. 97% of new capacity stems from 13 projects, including three 150MW projects in Quebec, which installed over 1000MW of wind energy this year. Those projects used product from Enercon, Suzlon/Repower, Vestas, DeWind and Siemens.

And while Ontario and Quebec led the country in wind power this year, other jurisdictions are getting in on the action, with 2013 projects also being commissioned in Prince Edward Island, Nova Scotia, Saskatchewan and British Columbia. Hornung noted Alberta has the potential to approach 1500MW of capacity by the end of next year.

Ontario’s latest Long-Term Energy Plan calls for “community engagement”, and Hornung says he welcomes this, saying the wind power industry has “shown some imagination in engaging communities”. He does, however, concede this is an area of continuous improvement. “It’s incumbent on wind developments to be a citizen in their community,” said Hornung.

He noted that, even just a few years ago, wind developers naturally assumed community support, but that industry has since learned “support has to be earned”.