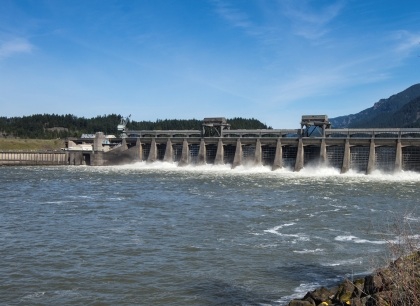 August 5, 2015 – Hydropower will remain the dominant power source in Canada’s energy mix over the next decade, with installed capacity forecast to increase from approximately 77.6 gigawatts (GW) in 2014 to an estimated 84.8 GW by 2025, according to research and consulting firm GlobalData.

The company’s latest report states that hydropower will provide around 49.4% of Canada’s cumulative installed capacity by the end of the forecast period. Other renewable sources, including wind, solar, biomass and biogas, will contribute 34.9 GW, a 20.3% share.

“While installed hydropower capacity is expected to increase at a modest Compound Annual Growth Rate of 0.7%, a number of large hydropower projects are currently in the construction phase and the country has the infrastructure in place to cope with more than double its current hydropower capacity”, Chatterjee says.

After hydropower, the foremost renewable sources over the forecast period will be wind and solar power, with installed capacities of 24.9 GW and 6.9 GW by 2025, respectively, Chatterjee adds.