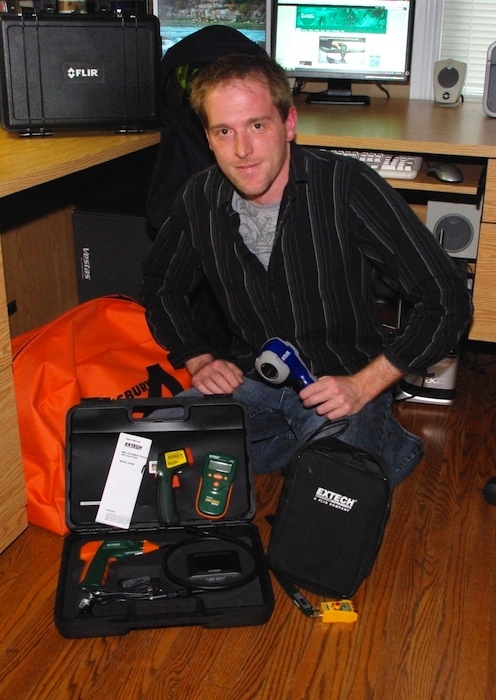 June 06, 2011 – Planet Extech, the social networking web site for users and fans of Extech Instruments, has announced that Eric German of Ontario is one of two grand prize winners of its “Switch Story” contest, and will receive an Apple iPad.

German uses several Extech meters and testers along with a FLIR i7 thermal imaging camera for wind turbine maintenance. In his switch story, he explained how Extech plays a “key role” in the upkeep of green energy infrastructure: “We are now using several products successfully to maintain millions of dollars worth of wind power generation equipment!” He also uses Extech and FLIR for performing building, equipment, and electrical system inspections in his own business, and commended on Extech’s durability: “after some serious use, all my gear is still performing and more importantly, still accurate and reliable.”

Arpineh Mullaney, vice president for Extech Instruments, announced the winners on Planet Extech. “Everyday at Extech, we’re hearing from customers who are stepping forward to share their stories of why they switched to Extech. Our customers’ stories, told in their own words, resonate with test equipment users who now face a dizzying array of brands and products,” he said.

The Switch Story Contest is still on. Extech customers can share their switch story by CLICKING HERE. All entrants will receive a 2-LED camo cap – a $20 USD value. Two winning entries will be selected to receive Apple iPad grand prizes in December 2011.