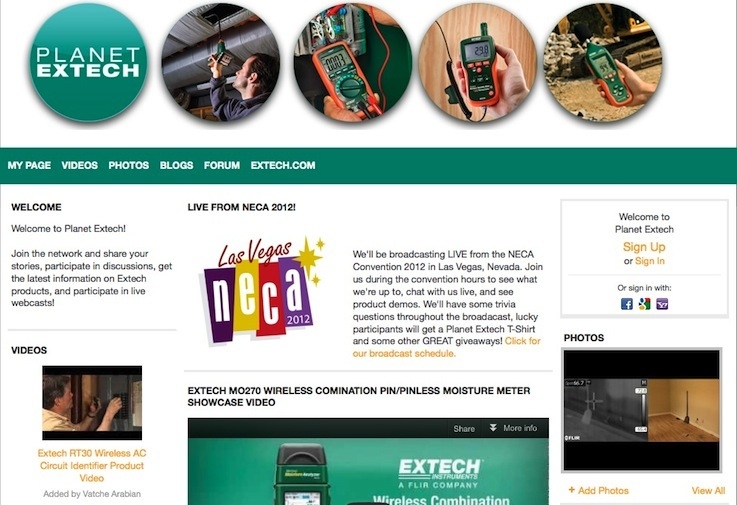 September 28, 2012 – Extech Instruments, makers of hand-held test & measurement tools, says it will once again be streaming live video from the Extech & FLIR booth #1959 at the 2012 NECA Show, being held September 29 to October 2 at Mandalay Bay in Las Vegas, Nev.

Extech will be exhibiting an array of multimeters, clamp-on meters and other electrical testers and meters at the event. During the event, Extech customers will be able to share their Extech switch stories via live video.

Show-goers are invited to visit booth #1959 to enter a variety of giveaway contests throughout the event, including Extech’s popular wireless video borescope inspection cameras, electrical test kits and testers. Plus, visit the FLIR mobile training unit down the aisle at #1979 to try Extech and FLIR tools hands-on in an interactive classroom setting.

As part of the show’s Showstopper Showcase, Extech will feature the MG300 2-in-1 waterproof multimeter and insulation tester. It is the first-ever insulation DMM, says Extech, to feature wireless data streaming for remote monitoring. Extech’s CT70 AC Outlet & Circuit Load Analyzer will also be highlighted among the award contenders. The FLIR i3 infrared thermal imager is also a Showstopper award entrant.