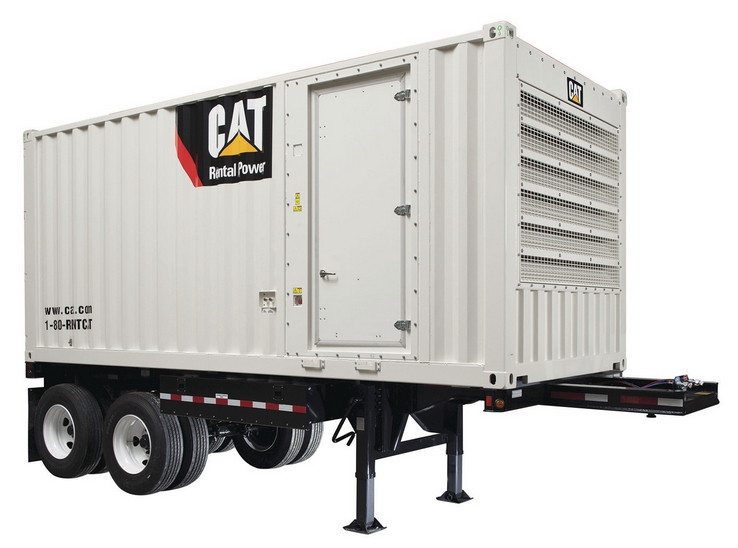 Equipped with diesel particulate filters (DPF), the mobile generator sets are designed to reduce particulate, carbon monoxide and hydrocarbon emissions while lowering the presence of visible smoke. The filters physically trap emission particles in the exhaust and are self-regenerating, which means they do not need to be replaced, but instead, will “burn off” the accumulated soot periodically.

The Cat integrated voltage regulator (IVR), which controls voltage transients when load is varied, was previously offered as a stand-alone module but is now integrated into the control panel, and a Transient Load Relief (TLR) system is offered to improve the response to changes in load, according to Caterpillar.

The XQ570 is also outfitted with the new EMCP 4.4 control panel with power metering, including protective relaying engine/generator control and monitoring with simple, user-friendly interface and navigation controls.