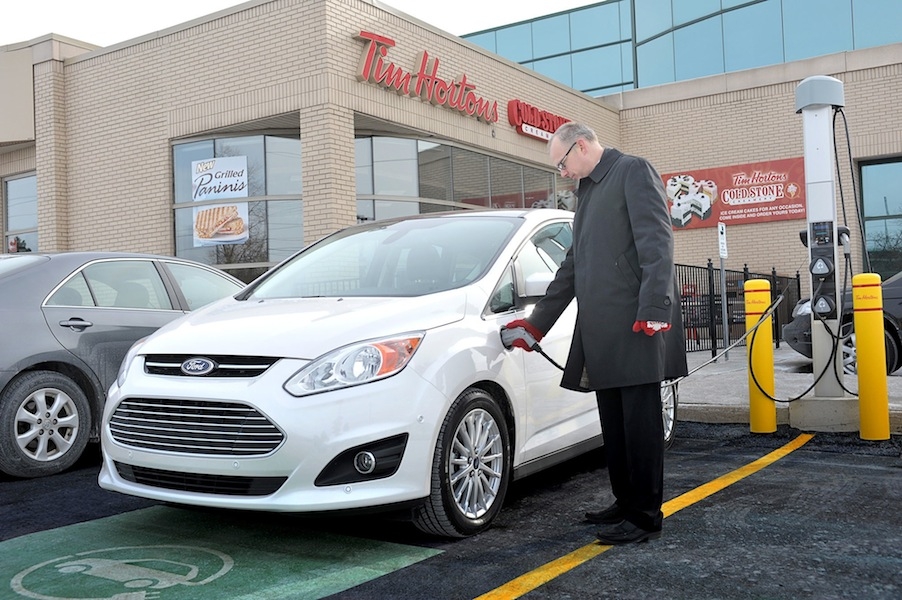 February 13, 2013 – Electric vehicle owners in Oakville, Ont., are now able to charge their cars while enjoying a Tim Hortons coffee, as the restaurant chain installed its first EV charging stations as part of a new pilot project.

Charging stations are now available for guest use (as well as employees at head office) free of charge at 228 Wyecroft Road. The company will study the technology, its usage and opportunities.

“The electric vehicle infrastructure is in its infancy and we see a potential opportunity for Tim Hortons to help make a true difference by expanding that infrastructure in Canada,” said Paulo Ferreira, senior director, International Design & Building Standards, Tim Hortons. “At this stage, the goal for us is to explore and understand the technology, to see how it can work at our restaurants and how we can, in turn, support our guests who choose to go electric.”

Tim Hortons partnered with Oakville Hydro and Town of Oakville to launch the pilot project.

Tim Hortons continues discussions with additional municipalities in an attempt to expand the pilot before deciding on the future possibility of EV charging stations across the company’s 3300+ restaurants across Canada.