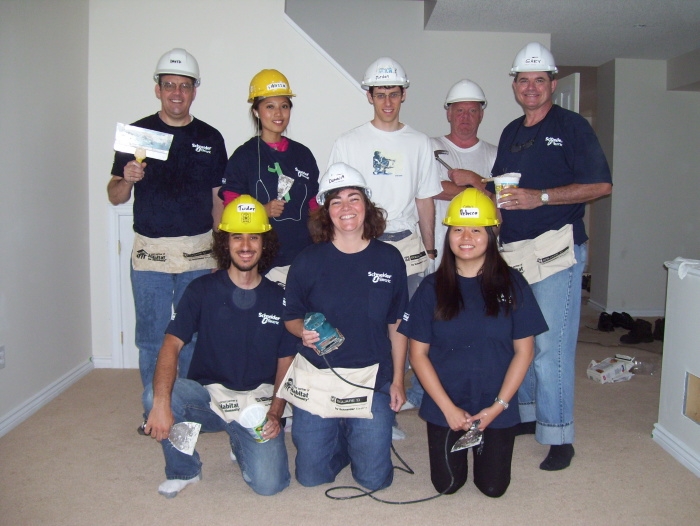 Back in August, team members from Electrical Business joined folks from Schneider Electric at the Habitat for Humanity Build on 4200 Kingston Road. Scott Hoy (account manager) helped out on the first Saturday… that’s him tacking up baseboard. On the following Saturday, the second team from Schneider was joined by the remaining EB team members of John MacPherson (publisher), Anthony Capkun (editor) and Robert Russell (Production Coordinator)… who were sent in the clean up the mess left behind by the first team : )Thanks to Schneider’s Alan Taaffe for the photos, and to Gary Abrams and the remaining Schneider team members for having us along.