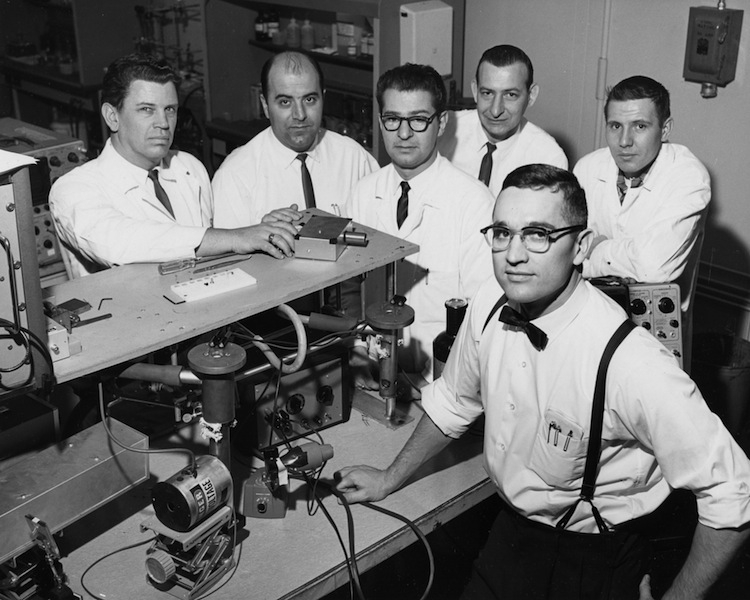 October 9, 2012 – 50 years ago today, according to GE, 33-year-old GE scientist Dr. Nick Holonyak Jr., invented the first practical visible-spectrum light-emitting diode (LED), a device that GE colleagues called ‘the magic one’ at the time because its light—unlike infrared lasers—was visible to the human eye.

In an interview with GE Lighting conducted in his University of Illinois lab on September 19, 2012—about three weeks ahead of the 50th anniversary of his invention of the LED—a now 83-year-old Holonyak recounts the competitive forces that propelled him toward his moment of discovery in a GE lab: “If they can make a laser, I can make a better laser than any of them because I’ve made this alloy that is in the red—visible. And I’m going to be able to see what’s going on. And they’re stuck in the infrared”.

When Holonyak joined GE’s team of researchers in 1957, GE scientists and engineers were already researching semiconductor applications and building the forerunners of modern diodes called thyristors and rectifiers.

While GE scientist Dr. Robert N. Hall was working toward realizing a semiconductor laser in the infrared with GaAs (gallium arsenide), Holonyak aimed for the visible with GaAsP (gallium arsenide phosphide). Hall used polishing to form laser mirrors, while Holonyak tried to form the mirrors by cleaving. On October 9, 1962, with GE colleagues looking on, Holonyak became the first person to operate a visible semiconductor alloy laser—the device that illuminated the first visible LED.

Holonyak, in the GE interview, remembers feeling that he was onto something big when ‘the magic one’ first illuminated: “I know that I’m just at the front end but I know the result is so powerful… there’s no ambiguity about the fact that this has got a life way beyond what we’re seeing”.

Holonyak has called the LED the ‘ultimate lamp’ because “the current itself is the light”.