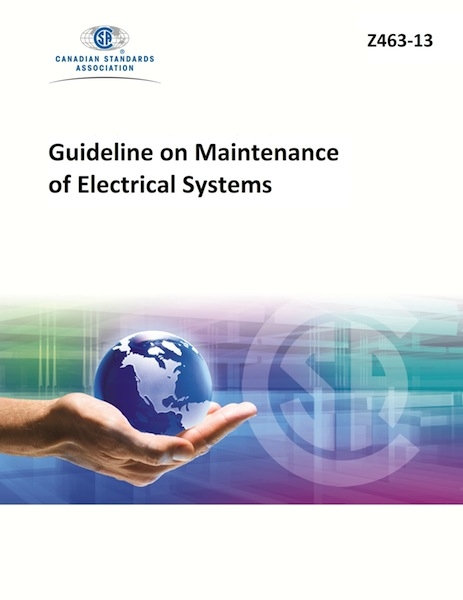 November 22, 2011 – On October 27 and 28, the third CSA Z463 “Guideline on Maintenance of Electrical Systems” committee meeting was held in Saskatoon, Sask. An early milestone was achieved, reports the committee, in that a preliminary draft was completed just prior to the start of the meeting.

“It is clear that much work is necessary, regardless of early progress,” reports the committee in its November 2011 newsletter. “Some sections are well along in development and some are still requiring a lot of work.”

The immediate plan is to have the document reviewed internally by the Z463 editorial group, then for structure and formatting by a senior CSA editor in early 2012.

Some near-future steps in the process include a breakout from each Working Group (WG) to the Definitions Group for consistency in use of technical terms in both the guideline and other CSA documents. In addition each WG is putting together a list of supporting information for consideration for entry to the Annex.

“One item that seems clear is that it will be difficult to keep the size of the document within the original size estimate,” says the committee. “A lot of very good information, technical writing and charts have already been developed, and paring [the guideline] down to 100 pages or less may be one of the committee’s most difficult challenges.”

WG 9 represents the specialized equipment application section, and its mandate has been expanded to potentially look at applications for all and any type of “non-standard” electrical equipment.

CSA Z463 is still looking for technical members with a focus on the regulatory and commercial or institutional sectors. “We have also faced some attrition due to various reasons and associate membership and, in some cases, voting memberships are still available. The committee is still soliciting funds for support of this not-for-profit undertaking.”

The next CSA Z463 committee meeting is scheduled for March 6-7, 2012, at CSA’s offices in Toronto, while another meeting in Quebec City will follow in June. The project is still on schedule for an early 2013 release.