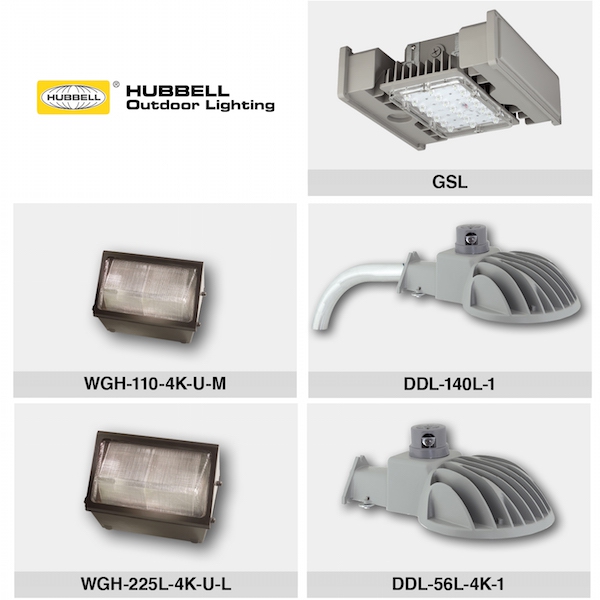 The GSL is designed for a range of ceiling applications, with 8-ft to 15-ft mounting heights, including parking garages, walkway or building canopies, corridors, tunnels and large stairwells. Available in two lumen packages, ranging from 4500 to 6100 at up to 81 lumens/W, the GSL includes field-configurable symmetric and asymmetric lenses. Hubbell also unveiled two new versions of its LED multi-purpose Dusk-to-Dawn luminaire to accommodate even more applications. Hubbell also expanded its WGH LED wallpack family to include higher lumen packages for both the medium size, and a new larger size to replace existing traditional 250W-400W sources.