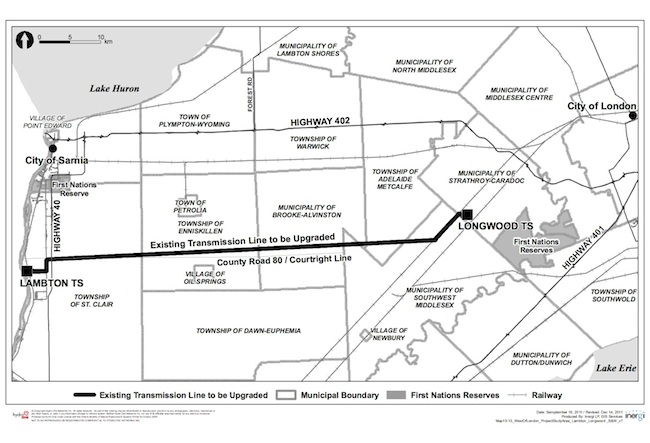 October 23, 2014 – Hydro One announced today that the upgrade of a transmission circuit between Lambton transformer station (TS) and Longwood TS in southwestern Ontario is complete. The $25-million investment refurbished 36 tower foundations, replaced the circuit with a higher capacity wire and replaced insulators along the line.

According to the utility, these upgrades strengthen the reliability of the power supply in the area and allows for about 500MW of renewable generation to be connected.

Work on the upgrade started in April 2013, following approval from the Ontario Energy Board (OEB).