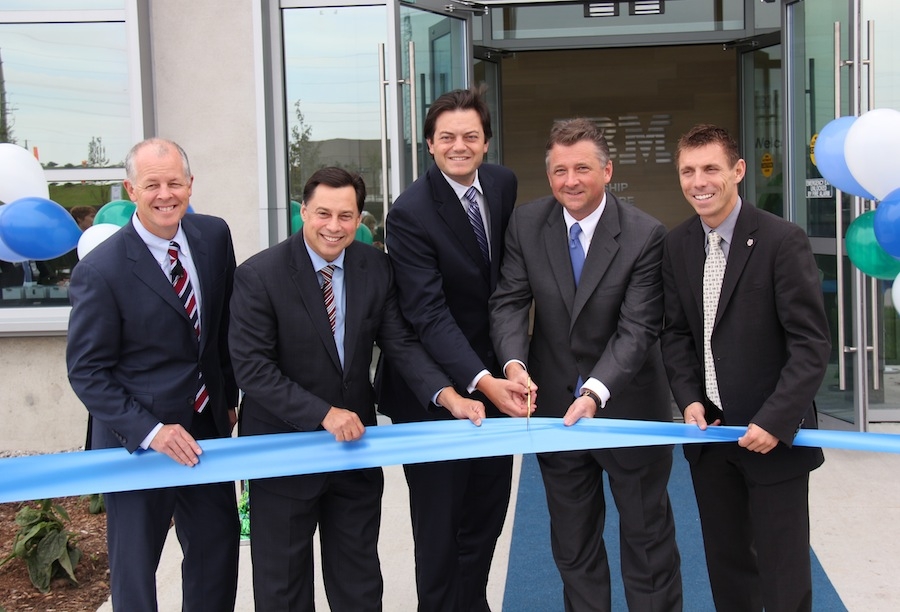 (UPDATED September 24, 2012, with photos) September 21, 2012 – EBMag was there as IBM—together with the Governments of Canada and Ontario and the City of Barrie—today unveiled “one of the nation’s most advanced computing facilities”: the IBM Canada Leadership Data Centre. The Barrie, Ont.-based centre has been designed from the ground-up with the latest advancements in, among other things, energy efficient data centre management.

(PHOTOS below. COMING SOON: Our video tour of the facility. Just wait until you see some of the power that goes into this place!)

The data centre represents a $90-million investment from IBM and will establish 20 skilled jobs in Barrie. This is a portion of the $175 million IBM invested and 145 jobs created through the April 2012 launch of the IBM Canada Research and Development Centre network.

IBM says the highly efficient, modular centre is uniquely designed to a set of global best-practice metrics that best demonstrate productivity and effectiveness in space, energy and data management. The new facility will provide 25,000 sf of initial capacity with the ability to grow to 100,000 sf.