It is with great sadness that O’Neil Electric announced the passing of Tony Talarico on September 29. 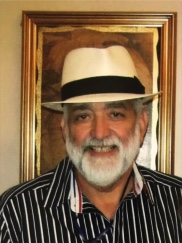 It is with great sadness that O’Neil Electric announced the passing of Tony Talarico, executive vice-president, on September 29.

Tony joined O’Neil Electric in 1974, exchanging his work as an electrician for a life in the distribution business. An obituary from O’Neil Electric described Tony as a natural born salesman; a charismatic, respected, determined, larger-than-life character within the industry.

His colleagues at O’Neil describe him as someone that embraced change and future trends. He was also known for his talent for mentoring the next generation of employees and changing countless lives.

However, Tony was known first and foremost as a family man. He is survived by his wife Ileana, children Tanya (Dante), Anthony, Aisha (Antonio) and Tessa (Adrian) and grandchildren Alexia, Matteo, Amelia, Maximus and Sebastiano. He was also described as a beloved brother, uncle and great uncle to his large extended family, and will be dearly missed by all who knew him, including his friends and colleagues in the electrical community.

Throughout the health struggles that plagued most of the last decade of his life, Tony kept his dignity, humour and wit. His passing was reportedly peaceful.

“Throughout his wonderful life, Tony was a true renaissance man and always remained a gentleman,” read the release. “His O’Neil Electric family will miss him dearly as we take comfort knowing that his suffering is over.”

As an expression of sympathy, donations to the Southlake Regional Health Centre Foundation would be appreciated.