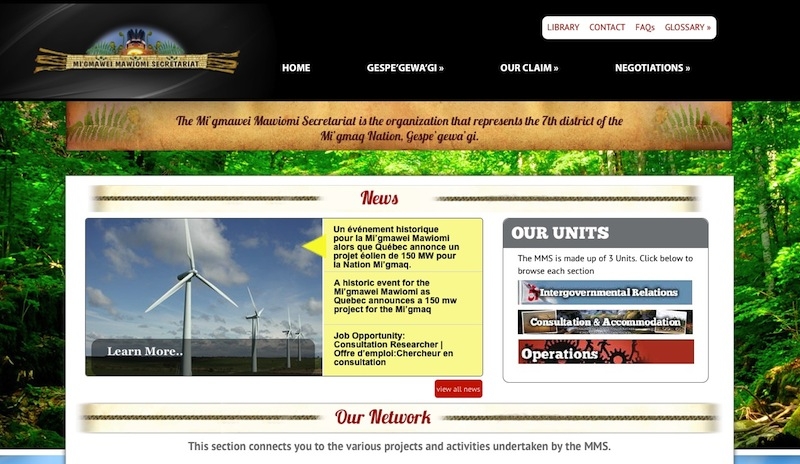 May 10, 2013 – Innergex Renewable Energy Inc. says its partner, the Mi’gmawei Mawiomi (the Assembly of Mi’gmaq communities of Quebec), has been allocated 150MW for a wind energy project in the Gaspé Peninsula in Quebec.

“We are happy to have been selected by the Mi’gmawei Mawiomi for the realization of this project, and we look forward to developing a mutually beneficial partnership based on common values and interests,” said Michel Letellier, Innergex president and CEO.

“We now have the resources to support our governments and make strategic investments,” said Chief Claude Jeannotte, chair of the Mi’gmawei Mawiomi. “It is also important to know our neighbours will benefit from the project as well, because the majority of the revenues from the wind farm will be spent in the Gaspésie region.”

“We believe there is a shift right across Canada towards local communities and First Nations choosing to become agents of their own socio-economic development, and this must be reflected in how energy projects are developed,” added Letellier.

According to Innergex, Quebec Premier Pauline Marois announced the government is pursuing the development of the wind energy industry in Quebec with the allocation of 800MW for new projects, including the 150MW for a project by the Mi’gmawei Mawiomi, as well as 200MW for Hydro-Quebec production, 300MW by RFPs for projects in the Gaspésie and Lower-Saint-Lawrence regions, and 150MW by RFPs for projects throughout the province. These requests for proposals will target projects initiated by local communities or cooperatives, in partnership with private developers.