Products Tools and Equipment
“No mercy for metal” with Skilsaw SPT78MMC, SPT62MTC and SPT64MTA-01 saws 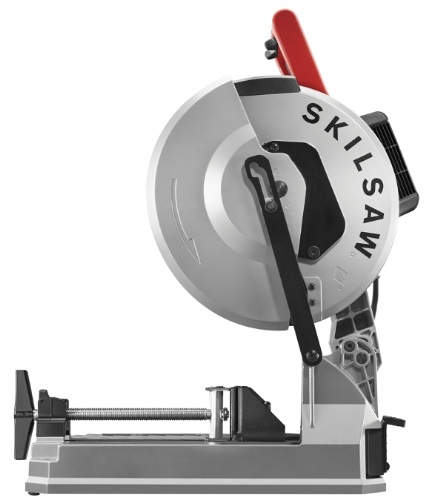 November 19, 2015 – Skilsaw isn’t just about wood cutting anymore; the company has three new professional grade saws for cutting metal, including an 8-in Worm Drive metal saw, a 12-in. Dry Cut saw and a 14-in. Abrasive Chop saw.

The SPT62MTC Dry Cut saw is also available with a Diablo cermet blade (SPT62MTC-22) or a Skilsaw carbide blade (SPT62MTC-01). Weighing-in at 38.2 lb (not including the blade, cord and wrench), the SPT62MTC is one of the lightest weight saws in its class, according to Skilsaw. It also features a 15 Amp motor and a 4-1/2-in. cut depth in a compact frame.

The SPT64MTA-01 Abrasive saw is also being released, which comes with a stamped steel base that’s 11 in. x 18-1/2 in. and a total weight of 33.9 lb. Users also have the ability to perform +/- 45 degree miter cuts and can easily adjust for different sizes and shapes of materials. Additional features include heat-treated ball bearings, which are mounted on the motor gearings.

These saws will be available in March 2016.