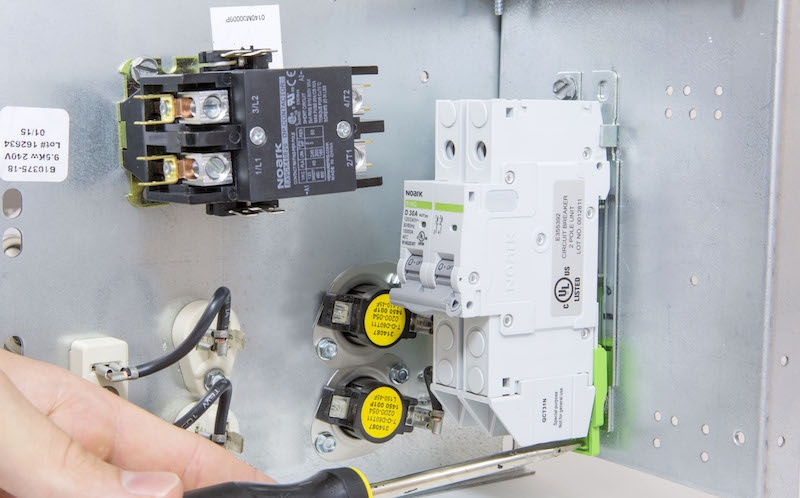 April 24, 2018 — Noark Electric says its UL 489 B1NQ miniature circuit breaker is now a direct replacement for the common MCB when paired with the optional surface mount.

The breaker is available in three curves (B, C and D), ranges from 0.5 to 63A and is compliant with UL/CSA/IEC standards for branch circuit protection in commercial and residential applications.

Designed and engineered for the HVAC market, it is also suited for a range of industrial applications and other component sub-assembly designs, the company says. The current-limiting B1NQ is thermal-magnetic and protects against short circuit and overloaded conditions. The 1- and 2-pole breaker, offered at 120/240 Vac, provides protection for branch and control circuits.